There are many such leaders in political circles who, under the guise of courting the public by making electoral promises, say something, thus entering the discussion. The MLA Congress did the same. When he compared the streets to Kangana’s cheeks. 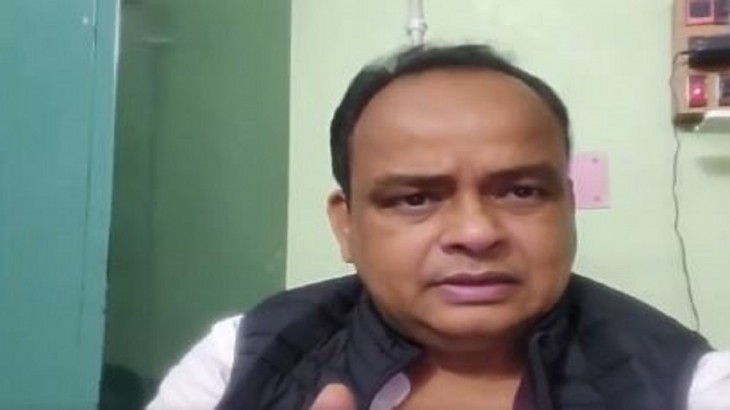 Bad words from a politician about Kangana (Photo credit: @kanganaranaut Instagram and screenshot)

There are many such leaders in political circles who, under the guise of courting the public by making electoral promises, say something, thus entering the discussion. Something similar happened this time too, when Congress MLA Dr. Irfan Ansari made a controversial statement about Kangana Ranaut, who they call the Queen of Bollywood. He said that it will make the roads smoother than Kangana’s cheeks. This video of him is covered on social media. About which users of social networks are making various types of comments.

#CLOCK | Jharkhand: I assure you that Jamtara’s ways “will be smoother than the cheeks of film actress Kangana Ranaut”; construction of 14 world-class highways will soon begin…: Dr. Irfan Ansari, MLA Congress, Jamtara

In the video, the MLA can be clearly heard saying that he will make those paths in Jamtara, which will be smoother than Kangana Ranaut’s cheeks. On which the tribal brothers will run, the youth will run and the business will run. This video of him has been shared by ANI with their Twitter account. About which people are giving mixed reactions. His statement has now become a topic of discussion on the Internet.

Where one user wrote: ‘Why do I like Kangana’s cheek, why don’t I like your sister’s cheek’. Another user commented: ‘Fools don’t know that on smooth surfaces there are also more slips and accidents.’ Another user wrote: “It is not in the interest of this MLA to make such comments about Kangana Ranaut ji.”

FYI let us tell you that Dr. Irfan Ansari is an MLA from Jamtara, Jharkhand. This is not the first time he has made such a controversial statement. Even before this, the MLA had commented on the application of the mask. In which he said that the mask should not have been worn for a long time. There was also a lot of fuss over this.