All this was going through Kirti’s mind in the kiss scene with Shefali, she said this about her interest in women.


Actress Kirti Kulhari and Shefali Shah’s kiss scene has been shown in the web series ‘Human’. What is now being discussed everywhere. Meanwhile, Kirti has spoken about this scene of hers. 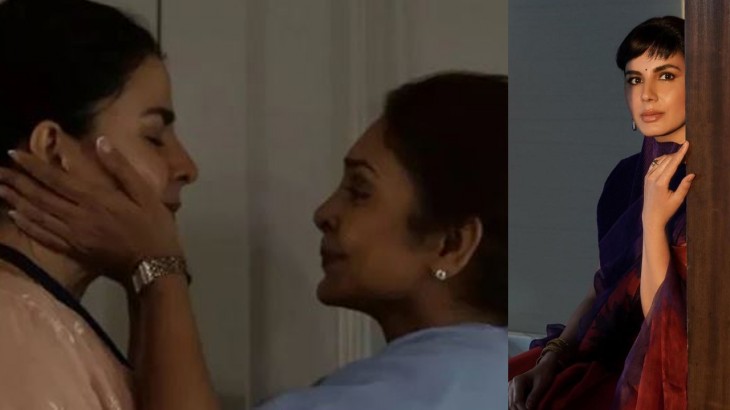 Actress Kirti Kulhari and Shefali Shah have been in constant discussion about their recently launched web series ‘Human’. One of the reasons for this is his performance. But a big reason is the kiss scene between the two that is shown in the series. Which is now under discussion everywhere. After much discussion about this scene, Kirti Kulhari has spoken about it during an interview. In which he has revealed many things and told how he felt while filming that scene.

Kirti (Kirti Kulhari) said in the interview that she was completely ready for this as an actress and she is still there. But they find it very strange. She says that she has never done a scene like this before. All this was so strange to him that as if he felt for a child. A girl had to kiss with exactly the same expressions. It was quite different.

The actress further said that she feels that her director was more nervous than her about this scene. She just wondered what would happen. Several questions came to his mind about how he would feel while kissing a girl. If it turned on, or after the scene, he began to wonder if she was interested in women too. Kirti (Kirti Kulhari) says that she did not do any rehearsal for this scene. During this, he also said that after the end of the scene, he had also told Shefali Shah that he had lost his virginity to him on screen. He never kissed on screen.

Well let’s talk about this series ‘Human’ then it premiered on Disney+ Hotstar. In which it has been shown how doctors do new experiments with them without caring about the lives of ordinary people to make money with new medicines. After which his greed gradually increases. Kirti Kulhari and Shefali Shah have played the role of doctors in this series. Alongside this, Seema Biswas, Ram Kapoor and Vishal Jethwa have also shared the screen.