Are Rakhi Sawant and her husband Ritesh crossing their boundaries by treating non-VIPs like objects? Vote now 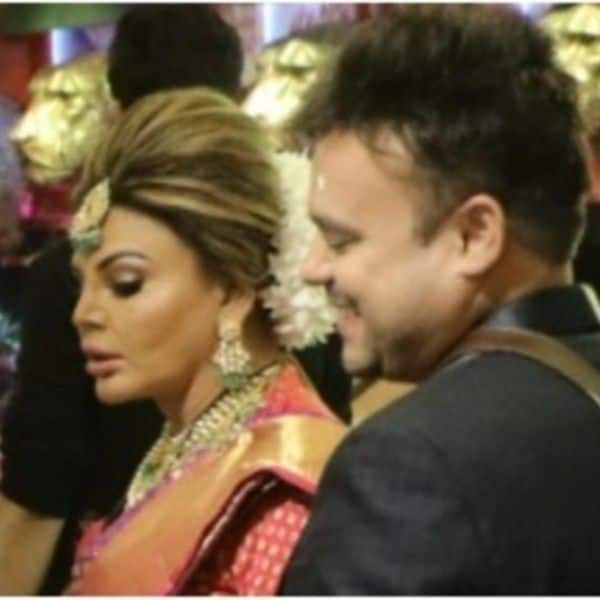 There’s no denying that new wildcard entries, Rakhi Sawant and her husband Ritesh, Rashami Desai and Devoleena Bhattacharjee, have been dominating housemates like never before. The latest addition to the VIP lot is Abhijit Bichukale, who attempted to hijack Umar Riaz’s bed upon arrival. Among all the VIP members, Rakhi and her husband Ritesh have been using their powers to such an extent that people have started to feel that the two of them are exaggerating with their rebellious behavior. Also Read – Bigg Boss 15, Day 58-59, Live Updates: Umar Riaz Strongly Opposes VIP Members

Rakhi and her husband Ritesh gained the limelight during the Weekend Ka Vaar episode when they were asked to label housemates according to their own judgments. Both Rakhi and Ritesh attacked Karan Kundrra and Tejasswi Prakash and questioned their relationship. They said they are faking their bond just to be seen on the show. Also Read – Bigg Boss 15: Is Rakhi Sawant’s Husband Ritesh A Cameraman From The Show? The Real Khabri reveals a hilarious rumor circulating

Karan lost his cool and they started yelling and pointing fingers at each other and Ritesh said, “Haath neeche rakh (put your hand down).” Things got quite heated between the two and Umar Riaz and Pratik Sehajpal had to intervene to stop them, but it was all to no avail. Read Also – Bigg Boss 15: Shilpa Shetty Kundra Writes An Emotional Note Addressing Shamita’s “Privileged Origin”; says: ‘We were not born into wealth’

Karan then yelled at Ritesh: “Shaadi karke bhaaga saala, 3 saal baad aya (ran away after getting married and returned three years later).” Rakhi also jumped into the discussion and responded by saying, “Tune saari ladkiyo ko dhoka diya hai. Tu kya saath nibhaega. Tu bhagoda hai (You have cheated on your girlfriends. Will you support someone? What are you talking about? Are you an escapist) Ritesh didn’t come for 2 years, that’s my personal life. “

On Monday’s episode, we saw a heated discussion between Rakhi and Rajiv Adatia about kitchen chores. She tried to dominate him and reassigned functions, but Rajiv defended himself saying that he knew what he was doing. But Rakhi insulted him with his words and Rajiv replied: “Gandi baat bol rahe ho aap (you are talking dirty)”. On this, Rakhi replied, “Main VIP hoon, main bolungi! (I am VIP and I will say so)”. They have an intense confrontation.

Later, when Abhijit Bichukale entered the house as the newest VIP member, he decided to occupy Umar’s bed. But Umar denied it and told Rakhi that he didn’t care about his VIP status. Rakhi said that she is the VIP member and that she has every right to order her to do certain things.

Amid the mounting tension, Rakhi’s husband Ritesh got into the discussion and yelled at Umar challenging him to throw the VIP star badge at him. To which, Umar gave a savage reply, “Star kya, tujhe bhi uthake fek dunga.”

As Rakhi and Ritesh continue to keep housemates on their toes, we decided to conduct a poll to ask the audience if they feel the husband and wife duo are misusing their VIP powers and treating housemates as objects.

Cast your vote below: