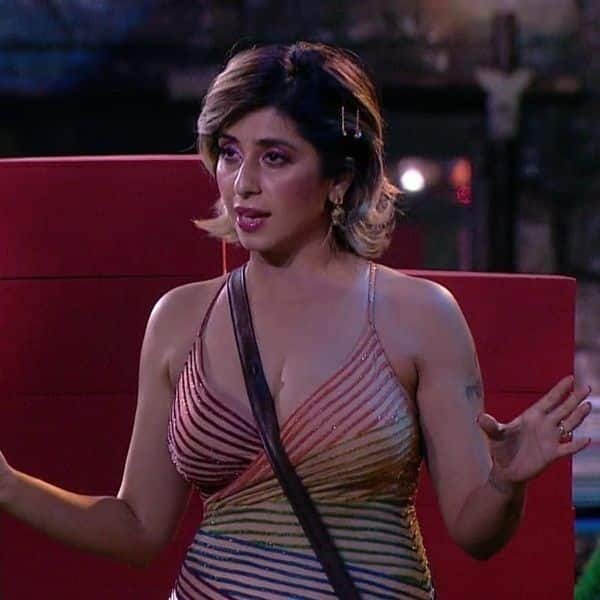 Neha Bhasin has found herself at the end of strong criticism after she told Rajiv Adatia to spit out the food of VIP members Karan Kundrra, Tejasswi Prakash, Umar Riaz, Nishant Bhat and Vishal Kotian. Also Read – Bigg Boss 15: A Look Back At Shivin Narang And Tejasswi Prakash’s Red-Hot Chemistry Proving Karan Kundrra May Have A Reason To Worry [PICS]

As we all know, the Bigg Boss 15 house has been divided into VIP and non-VIP. VIP members have been given the power to manage the house at will. The drama unfolded when VIPs dominated their housemates by conspiring to hand over their homework to non-VIP roommates, leading to frustration and annoyance. Also read: Bigg Boss 15: Shivin Narang to enter as a wild card? Big Turn Ahead In Tejassvi Prakash: Karan Kundrra’s ‘Love’ Story

In today’s episode promo, VIP members were seen giving ratings to non-VIP members on a scale of 1 to 5. Tejasswi gave Rajiv 1 rating which left him quite unhappy. He beat up the VIPs saying: “You get aggressive, you abuse, Salman scolds you, you are a group and you want to create an enmity between Neha, Shamita (Shetty) and me.” Also read – Bigg Boss 15’s couple, Miesha Iyer and Ieshaan Sehgaal, get romantic in Goa; The last one kisses and says to his beloved, ‘you are everything I wanted’ – See photos

To increase Rajiv’s anger, Neha, who had received 2 marks, told him: “Unke khaane me thook dena thoda sa (you should spit a little in his food)”. Her statement was not well received by netizens who have been expressing their disgust at Neha’s insensitive comment against housemates.

#NehaBhasin Wanting to spit food at VIP members is vindictive and downright disgusting! She has returned to #Big boss ruin your image completely. # BB15 # BiggBoss15

Did I see tomorrow’s promotion well … #NehaBhasin just say “you can spit a little in your food!” How disgusting is this creature, if that’s what he said … ewww … Is that a classy woman in India today ??????

#NehaBhasin, HMs will not accept your unpleasant suggestion and will not spit on each other’s food. But your staff will surely spit on theirs after seeing your behavior in #BBOTT AND # BB15. ??
# BiggBoss15

Teach your child not to spit on other people’s food and not to complain about other women. Take a look at yourself first! @KishwerM @SuyyashRai # bb15 # biggboss15 #NehaBhasin

#NehaBhasin khanay mai thook dena as seriously !!! You should be ashamed of yourself! # BiggBoss15 # BB15

Neha Bhasin has been at odds with Karan Kundrra ever since she entered the house as a wild card contestant. She has been constantly accused of creating a rift between housemates by telling them certain things to know about after watching the previous episodes.