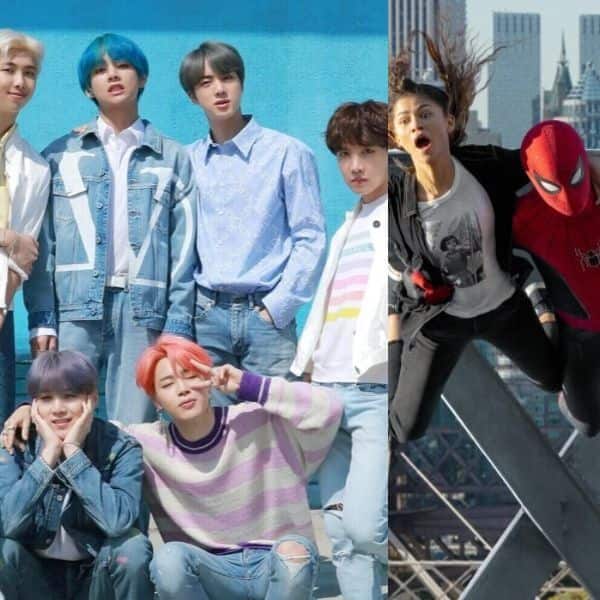 It’s that time of day when we give you the latest Hollywood news today. BTS, Spider-Man: Now Way Home, Halle Berry, Adriana Barraza and others are part of our top Hollywood news today. So read on to learn more about today’s newsmakers. Also read: BTS member Jungkook’s Louis Vuitton denim jacket cost will leave ARMY in a state of nervousness

BTS World’s Official Twitter Account Suspended
ARMY is in shock that one of BTS’s Twitter accounts has been suspended. Called BTS WORLD, it is a mobile video game account developed by Takeone Company Corp and published by Netmarble. A ‘Bangelidishi cybersecurity researchers’ named Team Copyright is reportedly behind the suspension. Also read – BTS: When Jungkook REVEALED his favorite song and left the members and ARMY in shock

‘The British are coming’, alerts the trailer for the sequel to Downton Abbey
Just over two years after the first feature film ‘Downton Abbey’ hit movie screens and became a box office hit, its creators have revealed the first glimpses of its sequel. The trailer for ‘Downton Abbey: A New Era’, set to premiere in the US ahead of Kenneth Branagh’s Belfast screenings, sees the residents of Downton returning to their usual high-class grand spell. There is a wedding (the second of the driver-turned-heir Tom Branson after the death of his beloved Sybil) and a maritime adventure that takes the family to the French Riviera after a big reveal from the dowager countess, played by Maggie Smith, reports hollywoodreporter.com. .

Adriana Barraza says there are still some people in Hollywood who don’t want inclusion
Adriana Barraza, nominated for an Oscar, has opened to complete 50 years in show business. In an interview for the Hindustan Times, speaking about inclusion, he said that maybe sometimes some people don’t want to see that or they can’t see that. He added that one day they will see reality.