FIR’s Chandramukhi Chautala raised questions about awarding the Padma Shri award to Kangana, said: why did you get it …


Kavita Kaushik, known in the television industry as Chandramukhi Chautala, is known for her flawless style. Recently, you have raised questions about the awarding of the Padma Shri award to Kangana Ranaut. 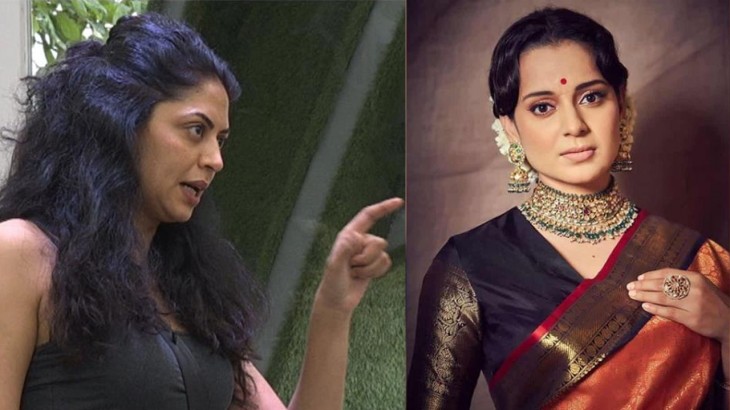 Kavita Kaushik, known in the television industry as Chandramukhi Chautala, is known for her flawless style. Recently, Kangana Ranaut entered the discussion about her statement after the news that she was awarded the Padma Shri award. So you are hearing a lot about it. The reaction of celebrities is also coming to light. About this statement of yours, where some celebrities are justifying it. At the same time, many people are berating him. Meanwhile, Kavita Kaushik has raised questions about Padma Shri’s administration to Kangana. Not only this, he also said which Bollywood actress should be awarded the highest honor in the country.

In fact, Kavita Kaushik gave her reaction by tweeting about this matter. In which she has shared an image adoring the Desi girl, Priyanka Chopra, and her husband Nick Jonas. With this, he wrote in the caption: “Why didn’t you get the Padma Shri?” Brilliant actor, brilliant human being, huge worldwide success and taking Indian culture to the heights without any credit. And yes, never any senior. “You didn’t insult the contemporary artist or anyone! It’s amazing !!”

It is clear from this statement by Kavita that Priyanka Chopra received the Padma Shri award in 2016. In such a situation, one social media user wrote: ‘You got it. But your words about him are absolutely true. You may not know because she doesn’t brag or take credit. He mentioned it during the publication of his memoirs. Apart from this, another user wrote: “Yes, apart from Kangana Ranaut, many actresses deserve the Padma Shri award more.”

Let us tell you that recently Kangana Ranaut had given a statement about the country that ‘It was not freedom, it was begging. And the freedom I got was given to me in 2014. On the other hand, if we talk about the labor front, Kangana will soon be seen in the films ‘Dhaakad’, ‘Tejas’ and ‘Sita: The Incarnation’. Fans are eagerly awaiting these films from the actress.