Anushka has this serious illness, Virat leaves the captaincy to take over!


Everyone is crazy about the couple of Indian cricket team captain Virat Kohli and Anushka Sharma. Recently, news has come in that Anushka is battling a serious illness. In such a situation, Virat wants to take over Anushka. So he is giving up the entire captaincy. 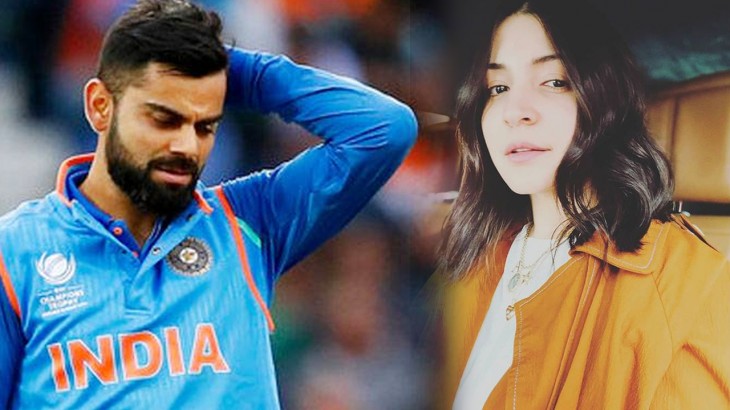 Everyone is crazy about the couple of Indian cricket team captain Virat Kohli and Bollywood actress Anushka Sharma. The love between the two is seen on many occasions. Couples take great care of each other. Meanwhile, news comes in that Anushka is battling a serious illness. In such a situation, Virat wants to take over Anushka. So he leaves the captaincy of all formats. This news is quite surprising to fans of both. Where, on the one hand, your favorite Anushka Sharma is fighting illness. On the other hand, the strong player Virat says goodbye to the captaincy.

Significantly, Anushka Sharma was seen several times at a clinic in Mumbai. After which there are reports that he suffers from a serious illness, for which he had come to the clinic several times for his review. If the reports are to be believed, then actress Anushka Sharma has a serious condition called a bulging disc. Because you cannot sit in one place for a long time. When you do this, you feel a sudden pain in your back. In such a situation, Anushka has to face many troubles. Given this, Virat has decided to leave the captaincy. This was also revealed in the same way, when Anushka was seen several times outside the clinic.

After this news came out, people believe that in this situation, Virat will choose Anushka between the field and Anushka’s health and take care of her health herself. However, so far no statement has come from Virat or Anushka regarding these two pieces of news. In such a situation, to what extent this is true, only he can tell.

Also read- FIR’s Chandramukhi Chautala raised questions about awarding the Padma Shri award to Kangana, said: why did you get it …

Let us tell you that Indian players, especially Virat, were reprimanded for not performing well in the T20 World Cup (T20). Where India was defeated by Pakistan. After which, social media users started tracking the team’s speedy bowler, Mohammed Shami, about his religion. During this, Virat Kohli came forward and criticized the trollers. But after India’s defeat in the second match to New Zealand, social media trolls targeted Virat and Anushka’s daughter. Where a user threatened to do dirty things with Vamika, daughter of Virat and Anushka. After which the news came that the accused has been arrested.