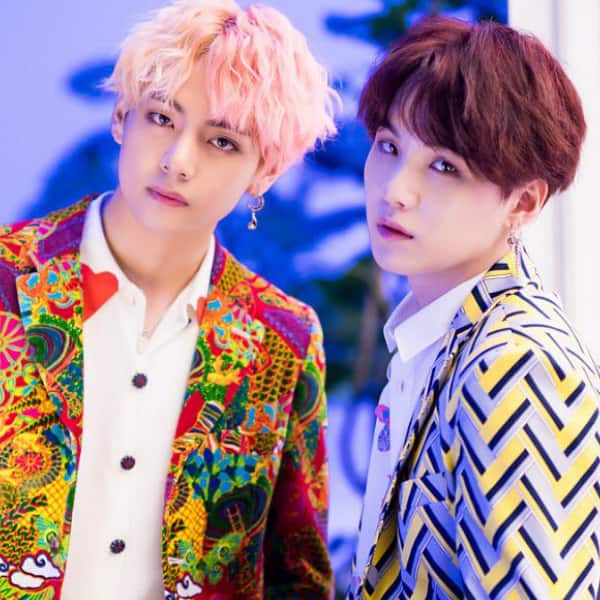 Global K-pop stars BTS are creating history with multiple wins at various awards, musical singles, performances, and more. BTS has come a long way, they have years of struggle behind them and the support of BTS ARMY that made them the success they are today. The guys also have countless stories to share with BTS ARMY. And sometimes, they say the same thing during interviews or episodes of Run BTS or Festa, etc. And today, we are here with one of those setbacks. This is a throwback with V aka Kim Taehyung and Suga aka Min Yoongi. Also Read – MTV European Music Awards 2021: BTS Wins Multiple Titles, Ed Sheeran’s Bad Habits Shines, Justin Bieber Fans Disappointed; see the full list of winners

Popular like Taegi, the two are opposites. While BTS V is outgoing and quirky, Suga is calm and collected. Naturally, since it belongs to BTS’s Hyung line. Being the second oldest, Suga is always taking care of other members and taking care of them. There are several cases where we see Suga and V’s cute bonding. While Suga doesn’t really show affection, V is very caring and doesn’t mind being clingy too. And once, Suga’s heartfelt letter made Taehyung cry for about 10 minutes straight. Yes, you read that right. Also read – BTS Bangtan Bomb: The beautiful images of Kim Taehyung AKA V make us breathe deeply, but the singer only has eyes for a Pomeranian puppy – see photos

It was during Festa 2018 with members: RM (Kim Namjoon), Jin (Kim Seokjin), Suga (Min Yoongi), J-Hope (Jung Hoseok), Jimin (Park Jimin), V (Kim Taehyung), and Jungkook (Jeon) . Jungkook) – that V revealed more or less the same. AV was asked who inspired him the most. The My Universe singer said that all the BTS members inspired him. He revealed that a member sent him a long and heartfelt message that moved him very much. The anticipated BTS members were shocked when V took on the name Suga. The rest of the BTS members also got a little jealous over the same thing and started complaining that Suga didn’t send them such messages. “I really didn’t expect it at all. But aside from anything else, the last word was something I first heard from him,” the Permission To Dance singer continued. Suga interrupted him asking him to stop continuing, but V revealed that final phrase which was “I love you (Saranghae)”, which left him crying. All the members started screaming and expressing their surprise. V added: “I really cried for 10 minutes after reading the message. I cried for 10 minutes, really.” Also Read – BTS: A fan proposes to Jimin, but it’s Jin’s response that leaves ARMY divided

Jin, Jimin, J-Hope, RM shared their stories of minimal interaction with Suga. The latter added that he also texted Jungkook saying that he loves him. Watch the Festa video here:

TaeGi carriers, where are they? Show some love!