Siddharth (Siddharth Shukla) and Shehnaaz Gill’s partner, who was made famous by Bigg Boss, broke up with the actor’s death. Recently, a video of Shahnaz is going viral, in which the actress is seen crying after remembering Siddharth Shukla. 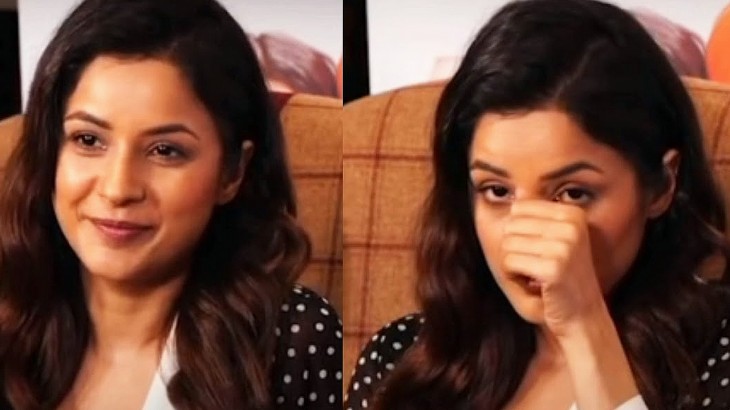 Siddharth’s (Siddharth Shukla) partner and Shehnaaz Gill, who were made famous by Bigg Boss, remained even after leaving the house. The fans also liked their couple very much. But with Siddharth’s death, Shahnaz and his association were forever left behind. Shahnaz was shocked by this incident. It remained isolated from the world for a long time. He also distanced himself from social media. Meanwhile, many love-filled videos of both of them went viral on social media. Now that he has once again returned to the world of glamor. In such a situation, a video of Shehnaaz Gill is going viral on social media. In which Shahnaz is seen crying bitterly for Siddharth. This video of him has once again overcome the pain of his fans sitting in the memories of Siddharth.

Also read- Amitabh Bachchan had put Aishwarya’s class in the audience, you know what was that special?

Please note that this video is from some time ago. In fact, Shahnaz had come to promote his movie ‘Hausla Rakh’. During which Shahnaz remembers his love for Siddharth and begins to cry bitterly. In such a situation, that whole atmosphere turns gloomy. The one where Diljit Dosanjh sitting with him tries to handle him. But what Shehnaaz Gill has lost can only be understood there. This video of him is becoming increasingly viral on social media. Fans share this video a lot. In such a situation, once again, the beautiful moments of the couple have begun to wander in front of the eyes of the people.

It is worth noting that Siddharth died on September 2 due to a heart attack. The actor’s death shocked his family members, especially fans of Shehnaaz Gill. For Shahnaz, it is as if the world has ended. Many Shahnaz videos went viral during Siddharth’s latest action. After which he returned to the world of acting while driving and sought promotion for the film.

At the same time, if we talk about the actress’s film ‘Hosla Rakh’, this film was released recently. In which Diljit Dosanjh and Sonam Bajwa have lead roles alongside Shehnaaz Gill. Here the actress has played the role of Diljit’s wife. They both also have a son. But Shahnaz leaves them both and goes. Then there is Sonam Bajwa’s entry into the life of Diljit and the boy. Where gradually Sonam gets closer to both of them. But in the meantime, Shehnaaz feels bad seeing them both with Sonam. In such a situation, Shahnaz returns with Diljit and the child. The audience really liked the plot of the movie. Apart from this, the performance of her Punjabi Katrina Kaif, that is, Shahnaz Gill was also very liked by the people. Fans also reacted fiercely to the movie.