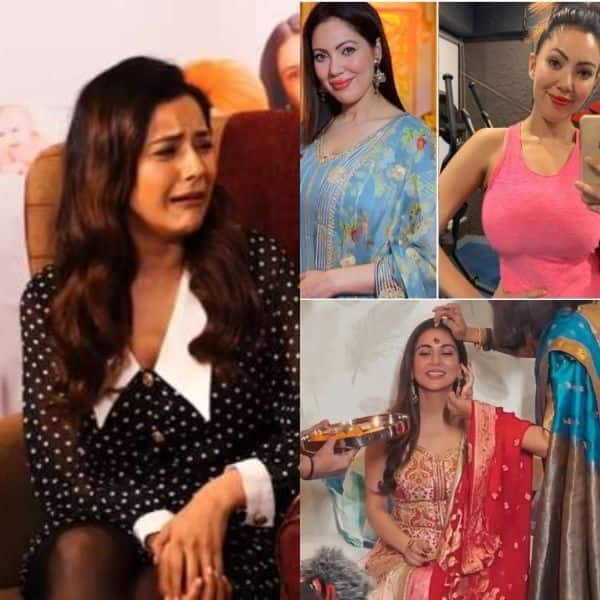 The first day of the week is almost over and as usual we are here with all the important stories of the day. Don’t worry, if you’ve missed an important story, we’ve got you covered. Read Also – Bigg Boss 15: Jay Bhanushali Taunts Karan Kundrra, Tejasswi Prakash For His ‘Fitrat’; Pratik Sehajpal Refuses to Wash ‘Personal Clothes’ While VIPs Rule the House

Actress Munmun Dutta, also known as Babita Iyer, took to Instagram to share photos of before and after her weight loss journey. She wrote: “I followed a particular diet along with regular exercise and I felt and saw the changes in my body. The good thing was, finally, after not exercising for almost 4 months, I got back into the habit of exercising regularly. Watching and feeling the change, I have returned to my original self of exercising whenever possible, even in my busy schedule. ” Also read – Bigg Boss 15: Do you think Shamita Shetty got mad because Raqesh Bapat left the show for medical reasons is it valid? Vote now

A video of Shehnaaz Gill from her Honsla Rakh promotions has gone viral in which her eyes are puffy and she looks devastated. In the clip, he broke down and was crying. Shehnaaz was calling for her mother.

Singer Neha Kakkar gets nostalgic as she remembers her wedding to Rohanpreet Singh. The singer shared a video in which the two were seen in love with her song, Nehu Da Vyah. “Seeing everyone get married, Humein Apni Shaadi ki yaad aa gayi,” Neha wrote in the post.

Also Read: Neha Kakkar-Rohanpreet Singh Are Overloaded With CUTENESS As They Recall Their Wedding In The Middle Of Bollywood Shaadi Season – Watch

Popular TV actress Shraddha Arya is set to get married on November 16. A video of Shraddha’s pre-wedding festivities has surfaced online in which the bride-to-be couldn’t stop smiling during the tilak ceremony.