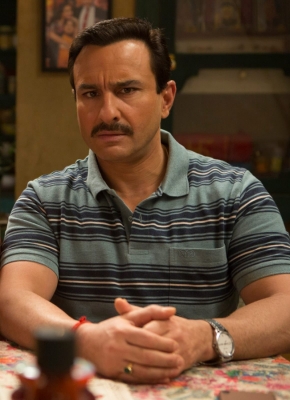 Bombay:
Actor Saif Ali Khan has shared that he did diction training for two months to make his character fun for Bunty Aur Babli 2.

Saif said that I have always been fascinated by different places in India. The characters that emerge from these places are cute, interesting, layered, and most importantly, quite real. I have been fortunate to have been successful in projects like Omkara, Aarakshan, and even Tandav. I hope people like my effort in Bunty Aur Babli 2, in which I play a thief who has stopped stealing.

Also, he said that I am always up for a challenge. People like my character. You want to know how I cast Bunty in the movie, that’s a huge compliment to me. I worked a lot on the pronunciation of the film. I always wanted to get into my character, so I took diction training for Bunty Aur Babli 2.

He said that I want to surprise people with every project I choose and I am glad that people are excited to see the movie.

Yash Raj Films’ Bunty Aur Babli 2 will be released on November 19. It is directed by Varun V. Sharma.