Actress Kangana Ranaut, known for her flawless Bollywood style, has come into the spotlight for her statement. People’s reactions come out constantly. Meanwhile, the statement of the well-known folk singer Malini Awasthi has come to the fore. 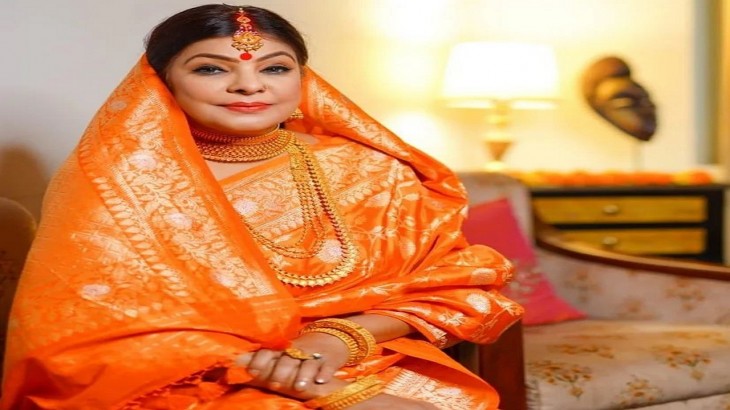 Actress Kangana Ranaut, known for her flawless Bollywood style, has come into the spotlight for her statement. Where, on the one hand, users of social networks tell them a lot. At the same time, some people are also giving their support. Recently, veteran actor Vikram Gokhale endorsed Kangana. Meanwhile, the statement of the well-known folk singer Malini Awasthi has come to the fore, Malini has given a tremendous reaction to the trolling of Kangana. Which is now going viral on social media.

Reacting to this, he has tweeted. Malini wrote in her tweet: “Objection to Kangana’s declaration of independence, disagree, get angry, it’s your right, but people who have fallen into the mud of hatred, the kind of indecent comments about Kangana on social media. Post , that’s a very bad act! The sign of a weak man is to throw mud at a woman.

In response to this tweet, one user wrote: ‘I wish you had Tweeted like this when Anushka Sharma’s daughter made indecent comments, or when Swara Bhaskar @ReallySwara is being abused every day against the correct ideology! But you won’t because hate is in your heart too! The same hatred when the standard-bearer of your ideology is with you.

To which Malini has also responded. He tweeted and wrote: “Whoever is a woman, indecent comments made to someone is wrong, it is reprehensible.” Action must be taken against such perverted thinkers. There are other people who speak according to the occasion. Take off your prejudice glasses and speak Pradyumna ji.

Let us report that earlier Vikram Gokhale had said in support of Kangana: “I agree with what Kangana has said. We got the freedom to beg. The fighters who wanted to take him away from the British were hanged and that not only this,” Gokhale said in en en a conversation with the Indian Express, “I also agree with Kangana’s statement that we got real freedom in 2014.” After this statement by the actor, the rhetoric continues. The leaders of many political parties are making a foray into Kangana. Along with this, they are talking about filing a treason case against him.