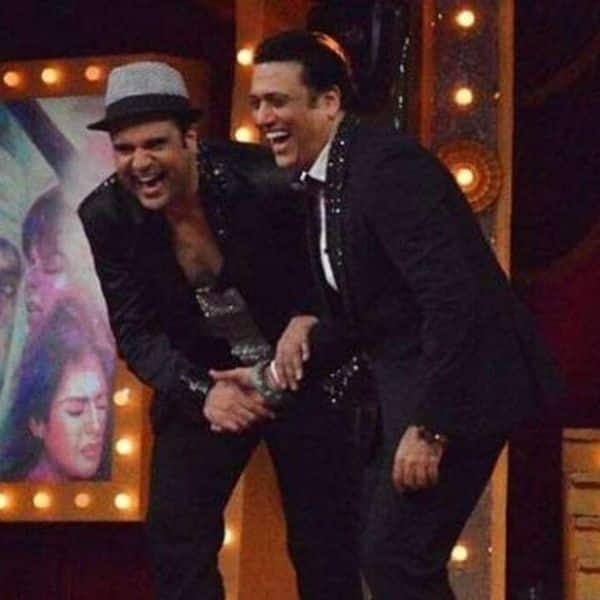 The ongoing dispute between Krushna Abhishek and Govinda has been in the news for a long time. Govinda’s wife, Sunita Ahuja, and Krushna’s wife, Kashmera Shah, are often seen bitterly mocking. Krushna also avoids performing in front of Govinda and his wife Sunita whenever they visit The Kapil Sharma Show. And now Krushna has trolled his wife Kashmera while joking about his feud with Govinda on the comedy show. Also Read: Hair Treatments That Worked For Bollywood And That Will Work For You Too

On the recent episode of The Kapil Sharma Show, Saif Ali Khan along with Rani Mukerji, Siddhant Chaturvedi and Sharvari Wagh were seen promoting their upcoming movie Bunty Aur Babli 2. When Krushna made an entrance dressed as Sapna and couldn’t resist joking about their dispute family to tickle guests and audience. Also Read: Before Salman Khan’s Viral Video And Trolling THESE Bollywood Celebrities Were Rated The HARDEST In Film Industry – Check Real Life Incidents

When Krushna was told that there would be two Buntys and two Bablis in the movie, he responded by saying that Singham 2 did not have two Ajay Devgns. Furthermore, he added: “Mereko film industry ka sab pata rehta hai, meri poori family film industry mein hai. Woh alag baat hai aaj kal main family mein nahi hoon (I know all about the film industry, my whole family is part of it. different story that I am not part of my family today), ”said Krushna. Also read: from Shilpa Shetty swinging on Akshay Kumar’s stomach to Jackie Shroff posing pretty in a thong: 10 weirdest photos that can kill you instantly

Krushna then went on to goad his wife Kashmera Shah saying that she was the reason he didn’t like Kahin Pyaar Na Ho Jaaye, also starring Rani Mukerji. “Agar mera bhai ne Naseeruddin Shah se shaadi ki hoti toh zyada khush rehta woh (Krushna should have married Naseeruddin Shah, he would have been happier),” he said.

Previously, Krushna had spoken about his turbulent relationship he shares with his maternal uncle, actor Govinda, saying that his words are often exaggerated. “It has happened many times that I have been talking about my mother (maternal uncle). Many times I would say certain things, but only part of them would be extracted and exaggerated. If I say ‘I love Govinda but why is he doing this to me?’ , then only the second half of the sentence appears in the title. It bothers me. The things that are close to my heart and that I try to convey do not reach the other person. Lack of communication goes with them, even if you do a normal comment. Even a small thing is exaggerated, “he had said.