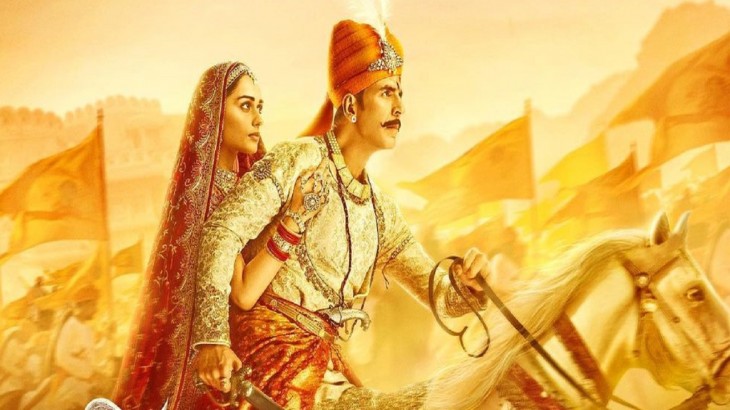 Audiences eagerly await the films of Bollywood actor Akshay Kumar. Today the teaser for Akshay’s long-awaited film ‘Prithviraj’ was released, which is receiving a lot of love from the audience on social media. In no time the movie trailer has millions of views. Miss World Manushi Chillar makes her debut with this film directed by Dr. Chandraprakash Dwivedi. The teaser for the film begins with the introduction of Prithviraj Chauhan, in which it is told how brave Prithviraj Chauhan was.

Also read: Ankita Lokhande will do a bachelor party in Goa, she will get married this day!

There is a dialogue in the movie teaser that says the Hindustan lion is coming, everyone should be ready for the salute. The battlefield is shown behind the dialogue, as well as a glimpse of the appearance of Sonu Sadu, Manushi Chillar, Akshay, and Sanjay Dutt is also shown in the teaser for the film. The role of Pathviraj in the movie is being played by Akshay Kumar, while Manushi Chillar, on the other hand, is going to play the role of Sanyogita in the movie.

The film also stars Akshay Kumar, Sanjay Dutt, Manushi Chhillar, Sonu Sood, and Sakshi Tanwar in the lead roles. The film ‘Prithviraj’, which is produced under the Yash Raj Productions banner, will be released in theaters on January 21, 2022. Speaking of Akshay Kumar, Akshay has many projects to come. Recently, Akshay Kumar appeared in the films Bell Bottom and Sooryavanshi. The film Sooryavanshi is receiving a lot of affection from the public. The audience is very fond of Katrina’s partner with Akshay in the movie.