Karishma Tanna gets engaged to Varun Bangera, Kratika Sengar and Nikitin Dheer are expecting their first child and more 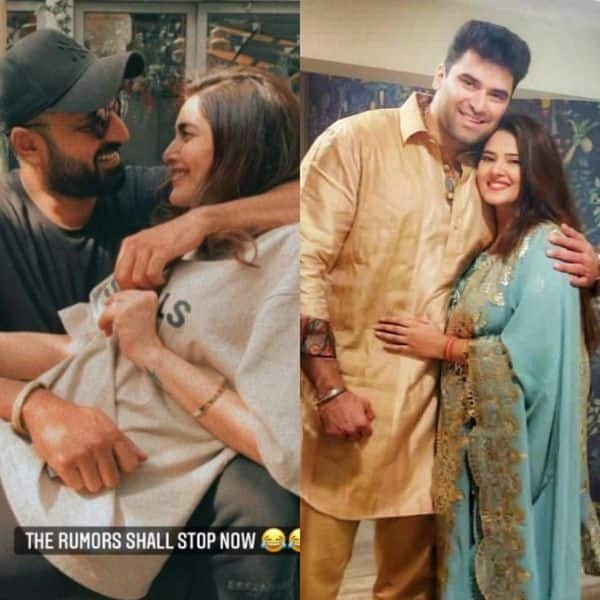 The day is about to end and we are here with all the important stories from the television industry. From Karishma Tanna’s engagement to Varun Bangera, to the happy news of Kratika Sengar and Nikitin Dheer, here are the most popular TV news of the day. Also read – Anupamaa BIG Twist: Baa’s hurtful words force Anuj to take an extreme step leaving Anupamaa and the Shah family in shock.

The good news is just around the corner. A lot of happy things are happening and it finally feels good to hear them. We are here to share another happy news for our readers. Naagin actress Karishma Tanna is now engaged to her boyfriend Varun Bangera. He is currently in Dubai and recently got engaged. However, Karishma has not stated it anywhere on his social media account, but the same was confirmed by the actor and close friend of the couple, Suved Lohia. Suved took to her Instagram Stories to share a photo of Karishma Tanna wrapped in Varun’s arms. In the picture, Karishma was dressed in an oversized casual T-shirt along with a pair of gym pants. Meanwhile, Varun was wearing a black T-shirt and a cap. We see them looking into each other’s eyes. Along with this beautiful image, Suved wrote: “Two hearts one beat, two bodies one soul. Congratulations to my man and my KT.” He further added: “The rumors will stop now.” Karishma and Varun met through Suved Lohia first. Rumors about Karishma’s engagement started when she shared a photo of a piece of cake with a lit candle on Friday night. The word “congratulations” was written on the plate. Also Read – Weekly TV News Rewind: The SHOCKING removal of Afsana Khan from Bigg Boss 15; Anupamaa-Anuj’s Wedding Photos Go Viral; Harshad Chopda-Pranali Rathod’s Chemistry in Yeh Rishta Kya Kehlata Hai Wins Hearts and More

Kratika Sengar and Nikitin Dheer are expecting their first child

A lot of happy things are finally happening. We have heard so much positive news recently and now there is other good news here. Choti Sardaarni’s actress, Kratika Sengar, and her husband, Nikitin Dheer, are expecting their first baby and it’s been a few months. Kratika and Nikitin took to Instagram to share the news. They wrote: “Dheer Junior is coming this 2022 #harharmahadev ॐ” Kratika spoke about this in an interview with ETimes. He said Nikitin is in the cloud and he doesn’t even know the number. Kratika shared that he is very excited to become a father and feels extremely blessed and grateful that he will soon become a mother. He explained that this is a new stage and his whole family was waiting for a new member of our family. Kratika said that this will be a new phase in their lives because this is their first child and they have been married for seven years so it was a big surprise for them. Kratika shares that they have jumped for joy and their families are extremely happy. She also revealed that her brother is getting married too and it’s a double celebration for them. Kratika’s parents who do not live in Mumbai are now here for the wedding and for their daughter. Kratika also spoke of her in-laws treating her like a queen. Also Read – Trending TV News Today: Anupamaa and Anuj Kapadia’s Wedding Photos Go Viral; Ridhi Dogra SLAMS Vishal Kotian’s Comment On Raqesh Bapat-Shamita Shetty Relationship And More

Imlie, the star of Gashmeer Mahajani, Sumbul Touqeer Khan and Mayuri Deshmukh, has a huge following. The show is receiving all the affection of the audience from the beginning. Fans have loved the chemistry between Gashmeer and Sumbul, also known as Aditya and Imlie. Recently, there have been rumors that Gashmeer, also known as Aditya, will be leaving the show. However, Gashmeer Mahajani has now reacted to these rumors. He has finally put an end to the rumors and said that the show has given him a lot of recognition and visibility that he values ​​tremendously, so no, he absolutely does not leave the show. He believes that the idea is to enjoy the work we do and feels that you cannot win people over by talking sweetly to them, but by the way you work. He further explained that once you do your job well, celebrating that perfect shot together, it connects the whole team immensely. He clearly said that any kind of rumors related to him leaving the show, that he has creative differences, or that he is the person he is in real life makes no difference at all and all these rumors go out the door in that case. . Gashmeer shares that nobody cares about these rumors if you work efficiently and that’s all that matters. He said he hears a lot of fake news going around, but his entire universe revolves around him and his work, and that’s all he will care about no matter what.

Rupali Ganguly’s protagonist Sudhanshu Pandey and Madalsa Sharma Anupamaa is gaining a lot of viewer attention these days. Since the show began, it has been at the top of the TRP charts. The creators leave no stones unturned to make their show # 1 and are adding a new twist and twist in their upcoming episodes. Recently, we saw Anuj confess that he loves Anupamaa in front of the Shah family. Anupamaa and Samar overheard the conversation and Anupamaa got angry hearing it, but Samar tried to explain that there is nothing wrong with Anuj confessing his love. Samar tells Anupamaa that his love for Vanraj was also one-sided and that he should understand how Anuj must feel. Later, Anupamaa confronts Anuj and thanks him for loving her unconditionally. They both accept each other and start a new chapter in their life. Anupamaa then celebrates Diwali with Anuj and his relatives. However, Baa becomes angry upon seeing this and makes a strange and shocking offer to Anuj and Anupamaa. Baa comes to Diwali celebrations when Anuj and Anupama perform together at the latter’s dance academy. She declares that she has come to fix everything and correct the damage caused by Anupama. He then takes out the little vermilion box (sindoor ki dibbi) and asks Anuj to fill Anupama’s ‘maang’ with the sindoor and end all the gossip about their relationship. In the next episode, we will see Anuj get frustrated with Baa’s constant teasing and he will forcibly take inside and fill Anupamaa’s maang leaving her and the Shah family in shock.

Sayantani Ghosh to get married on December 5

Sayantani Ghosh is ready to get married. The actress will marry her boyfriend Anugrah Tiwari on December 5 in her hometown, Kolkata. According to ETimes reports, the wedding will be a simple affair with the attendance of close family and friends. A reception will be held in Anugrah’s hometown, Jaipur. A source close to the portal said that Sayantani and Anugrah want to have a simple wedding. Sayantani has been preparing for her big day in the middle of filming her show. She has taken one week of marriage leave. Sayantani and Anugrah have been in a relationship for eight years.