Kangana will return Padma Shri’s honor! Said such a thing about the country


Bollywood actress Kangana Ranaut is known for her flawless style. But this time he said something like that about the country. Due to which their difficulties have increased. You may even have to return the Padma Shri award. 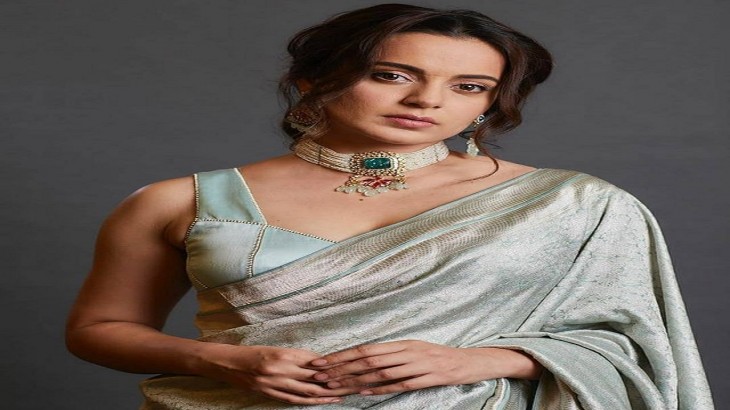 Kangana said something like that about the country (Photo credit: News Nation)

Bollywood actress Kangana Ranaut is known for her flawless style. So sometimes they are appreciated and sometimes they get into trouble. Social media users start trolling him. Recently, Kangana has returned to the center of attention. This time too, the reason for your participation in the discussion is also your statement. Regarding which it is said that they must be tried for treason. At the same time, Kangana is also adamant in her statement and says that she hasn’t said anything like this. But if someone tries this, they will return the Padma Shri award. Let us tell you that the actress has recently been honored with the Padma Shri Award.

In fact, Kangana gave an interview to Times Now Navbharat. During which he said that we have the freedom to beg. After which this controversy arose. People criticize him a lot. At the same time, political parties say they should be tried for treason. In which Kangana has shared a long Instagram story. In which he justified his statement and said that he will return his Padma Shri award if someone tells him what happened in 1947.

He wrote: ‘Everything is mentioned very clearly in the same interview. The first battle took place in 1857, many people had sacrificed for independence like Subhash Chandra Bose, Rani Laxmi Bai and Veer Savarkar ji. 1857 I know what battle was fought in 1947, I don’t know.

Big change in Anushka’s body, revealed the fact of hating herself!

Kangana further wrote: ‘I have worked on the film about Rani Laxmibai. Much research has been done on the revolution of 1857. Along with nationalism, the right also emerged, but how did it suddenly disappear? And why did Gandhi let Bhagat Singh die? Why did the British draw the dividing line? Instead of celebrating independence, the Indians were killing each other. I want answers to all these questions, for which I need help.

There has been an uproar over this statement from the actress. On social media, users are attacking Kangana a lot. At the same time, it remains to be seen if Kangana wins or may have to return the Padma Shri, according to his statement.

“I am quite cheerful, bubbly and joyful in life and I want to do something more fun”