Guests were shocked to see a fierce fight between Prateek Sahajpal-Omar Riaz at Bigg Boss’s home.


At Bigg Boss’s house, where there was peace at first. At the same time, today, the same fight is being seen between the contestants. In promoting the show, a fierce fight has been seen between Riyaz-Prateik Sahajpal and Neha Bhasin-Karan Kundrra. 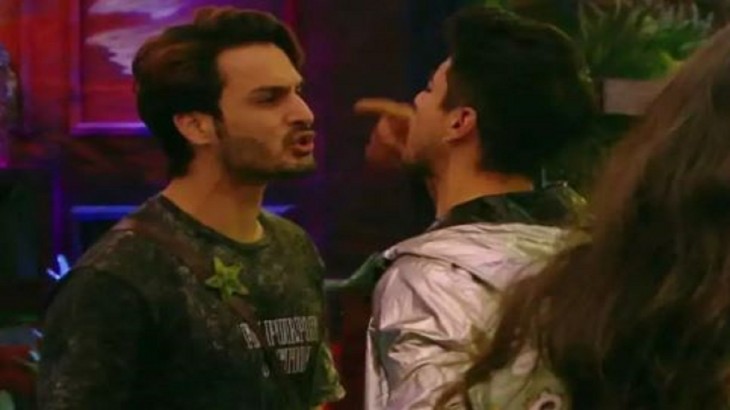 At Bigg Boss’s house, where there was peace at first. At the same time, there is a strong confrontation between the contestants. Looking at what seems like the contestants are now taking the effort out of the opening episodes. Recently, the news of a fight between Umar Riaz and Prateek Sahajpal is coming to light. In which both have become physical. The fight between Umar Riaz and Prateek Sahajpal worsens day by day. They were both seen fighting each other in the kitchen area. In the next promo, the two are seen fighting one more time.

Also read- Rani has such a relationship with Saif, Bebo can feel bad!

In fact, a new promotion of the program has arrived. It is seen in the promo that ‘Bunty Aur Babli 2’ the fame Siddhant Chaturvedi and Sharvari Wagh came to the house as special guests, where they played various tasks with the contestants. During this, the contestants are asked to pour muddy water on whoever they do not want to see in this house. They won’t even know when this game will turn into a fight. Something similar happened when the game started. Where, on the one hand, Riyaz and Prateek faced each other. On the other hand, there was a verbal fight between Noha Bhasin and Karan Kundra.

During this, Riyaz points to the symbol and says that there is no need for cloudy water as he keeps screaming all the time and has no identity of his own. To which Prateek Sahajpal replies this and says that he also has no identity, except that he is friends with Karan Kundrra. After which, later in the promo, Prateek is seen throwing dirty water at Umar as he gets off duty. They both lose their cool and start pushing each other. After which this fight goes physical. Meanwhile, Karan Kundra tries to stop both of them, but to no avail. They both continue to fight. The guests are surprised to see such a fight between the contestants.

Also read- For the first time there will be no big celebration on Aryan’s birthday, life changed in a month.

Apart from this, while doing the task, Neha Bhasin takes the name of Karan Kundra and says that she does not want to see him in this house. In which Karan also takes the name of Neha and says that she is scattering dirt in this house. The next episode will be full of fights and fights. In which the enmity between Umar Riaz-Prateik Sahajpal and Neha Bhasin-Karan Kundra will be clearly seen in Bigg Boss 15. On this, in the episode of Weekend Ka Vaar, host Salman Khan will also be seen abusing the contestants. Also, Bhaijaan will reprimand Prateek for his aggressive behavior towards Rajiv Adatia and Umar Riaz.