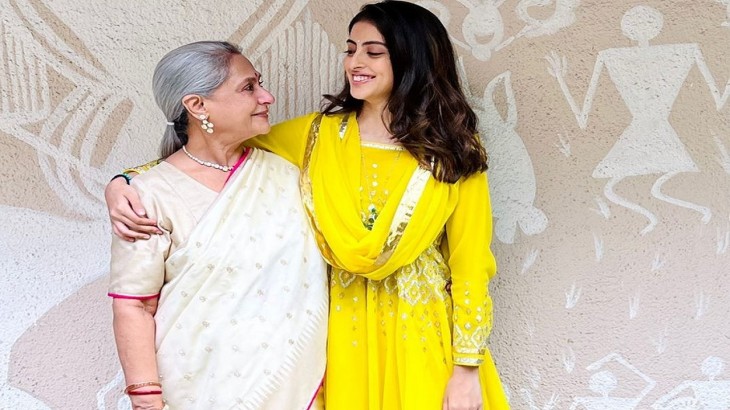 Navya Naveli Nanda, granddaughter of Bollywood Emperor Amitabh Bachchan and Jaya Bachchan, is always in the headlines due to her photos and videos on social media. Like the rest of the child stars, although Amitabh Bachchan’s daughter, Shweta, and Big B’s granddaughter, Navya, have not made a career in the film industry, their followers on social media are no less than one. actress. Recently, Navya Naveli Nanda has shared a photo with her maternal grandmother Jaya Bachchan that is going viral.

Fans really like this picture with Navya Naveli Nanda’s grandmother. In the picture, Navya is seen in a bright yellow suit, with which she has parted her hair and looks very beautiful. On the other hand, Jaya Bachchan wears a cream-colored silk saree, which has a pink trim. Jaya Bachchan completed her look with a diamond necklace. This photo of Jaya Bachchan and her granddaughter has millions of likes.

Let us tell you that Shweta Bachchan, daughter of Amitabh Bachchan and Jaya Bachchan, has two children. His daughter’s name is Navya and his son’s is Agastya Nanda. Fans are eagerly waiting for Navya to debut in movies, but Navya has made a career out of social work. Navya Naveli Nanda is very active on social media and often shares photos and videos with her family and friends.