Dilbar girl Nora Fatehi is known for her amazing dance moves. Recently, the title song of the movie ‘Satyamev Jayate 2’ has been released on YouTube. In which Nora has shown incredible dance moves. The song has created a panic on the internet with its release. 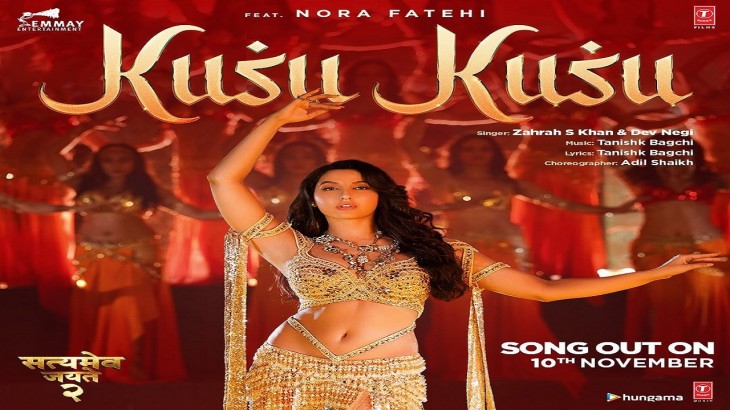 Dilbar girl Nora Fatehi is known for her amazing dance moves. Fans watch his dance videos not once but many times, but their hearts are not filled. At the same time, Nora also keeps bringing amazing dance videos on new songs to make her audience happy. Recently a song by Nora has been released. Which has gone viral as soon as it appears on social media. Fans are also very fond of this video of him as always. Along with this, they are also reacting fiercely to this.

It is worth noting that in the first part of the film Satyamev Jayate, Nora did a wonderful dance on the song ‘Dilbar Dilbar’. This song created a scandal with its release. The fans really liked her dancing. Now once again, actor John Abraham will be seen in the movie ‘Satyamev Jayate 2’ with his tremendous action. In such a situation, there is no Nora in the movie, it can’t happen. Fans had been expecting Nora’s presence since the release of the movie trailer. Recently, Nora and John’s article number was posted on YouTube. So the wait for the fans is over. Along with this, people’s enthusiasm for the movie has increased even more.

On Wednesday, T-Series released Nora’s title song ‘Kusu-Kusu’ on YouTube. Composed by Tanishk Bagchi. While Zara Khan and Dev Negi have given him a voice. At the same time, Nora has added beauty to the song’s video with her dancing.

In the video, Nora is seen in a gold and yellow dress. This dress looks great on the actress. With this, Nora has sported open hair and nude makeup, which is making her look even better. At the same time, what to say about Nora’s dance style. Nora is setting the dance floor on fire with amazing moves in the video.

We tell you that while on the one hand the fans were waiting for Nora in the film. At the same time, Nora was also eager to be a part of the movie. After which he finally made his presence felt in the movie. Speaking of being part of the film, he said: ‘Satyamev Jayate has a special status in my life. I am also very happy to be a part of its sequel. It feels great to be back with Dilruba after Dilbar’s success. I thank Milap Zaveri, Nikhil Advani and Bhushan sir for giving me this opportunity.