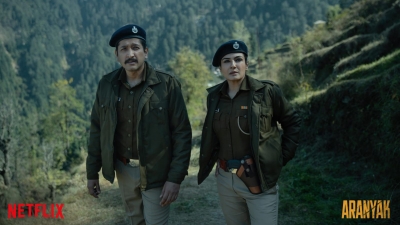 Bombay:
Bollywood actress Raveena Tandon is set to play the role of police officer in the upcoming web series Aranyak. Raveena will make her OTT debut with the series. The web series will launch on Netflix on December 10.

The story of Aranyak revolves between a terrifying forest and a mysterious city.

The teaser for the series was released on Tuesday.