One gets goosebumps when hearing stories about Ahilyabai Holkar: Etasha Sansgiri


One gets goosebumps when hearing stories about Ahilyabai Holkar: Etasha Sansgiri 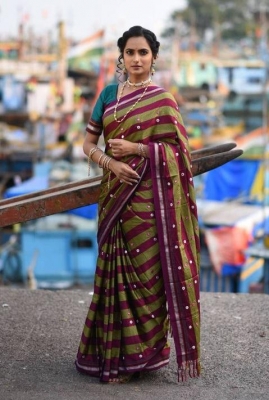 Bombay:
Actress Etasha Sansgiri, who plays the lead role of Ahilyabai Holkar in Punyashlok Ahilyabai, says she has learned many lessons from the life of the great queen Ahilyabai Holkar, full of courage, stamina and determination.

Etasha says that as an artist, I have always believed that there is a lot to learn from the character he plays. I have learned from the character of Ahilya to be more selfless, charitable and to fight hard through thick and thin.

The show’s current track reveals that at a time when social norms and patriarchy dictated the way of life, women were deprived of voice and rights. At those times, Ahilyabai stood out as a rare and exemplary example for widowed women.

She says that especially on the current track where the emphasis is on the remarriage of the widows, Ahilyabai fearlessly opposes society to obtain justice for the widows. It is a pillar of strength and hope for many. Needless to say, this has been one of the experiences that has changed my life the most. I get goose bumps during script reading sessions, when I get to know more about Ahilyabai’s patience, determination, foresight, understanding and compassion.