At the start of the new week, contestants who were stress-free and kept breaking the rules without keeping them in mind got a healthy dose of Bigg Boss. 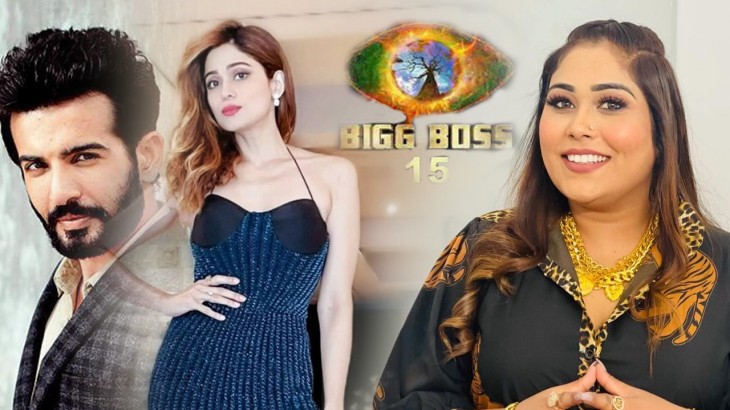 There is a different color in the world of Bigg Boss 15. As always, you see some sizzle in every season, similarly this year there is also chemistry between the love couples in Bigg Boss 15. Let us tell you that it has been more than a month since Bigg Boss 15 started. And on the 38th of this season (Big Boss’s 38th) was full of drama like every day. At the start of the new week, contestants who were stress-free and kept breaking the rules without keeping them in mind got a healthy dose of Bigg Boss. Bigg Boss reminded the contestants of the ruler of the house and also gave them an example of the consequences of taking the rules lightly.

He also criticized the contestants for breaking the rules all the time and taking the house lightly. He asked all the contestants to gather in the garden area where the entire ration was kept. Bigg Boss told the contestants that all contestants would be called up from time to time and one person would have to stand in the triangle and name the 3 people who made the most mistakes. He will then sacrifice 3 items in exchange for 3 items from the Contestant’s Garden area.

change of course in the task

Now the contestants of the task became such that while completing the task, there were many fights between the contestants. There came a time when the story completely changed. It actually happened that #Afsana kept breaking the rules while sleeping, while on the other hand #ShamitaShetty was breaking the rules by speaking in English. Seeing all this, Bigg Boss canceled the task and decided not to give any rations to the family members. Jay, enraged by Afsana and Shamita’s rude behavior, started yelling and yelling at Afsana. Now Shamita feels bad for not being the only one who speaks English.

Shamita Shetty said, “Get me out of the house!” As Jai and Shamita try to do so, Shamita points out to Jai that he should have named all the English-speaking family members.

Also read: Munni from ‘Bajrangi Bhaijaan’ adorned for ‘Sajna’, this video is tremendous

Jai replied that the lack of food in the house led to this reaction, so there is nothing he can do about it. On the other hand, Afsana yelled at everyone who had attacked her. Jai mocked her and said, “You make a mistake, you are speaking out loud from above!” Afsana became fearless at this and angrily slammed her water bottle on the ground. And on this matter, the disputes between Jai and Afsana escalated and Jai, about these antics, the family members felt that Jai was exaggerating about this. So now the question arises whether Jai Bhanushali was really exaggerating with #ShamitaShetty and #AfsanaKhan ???? What do you think of this, tell us by commenting.