Is Rakesh’s love for Shamita false? I do not propose now!


People liked the Rakesh and Shamita pairing on Bigg Boss OTT. Fans are waiting when Rakesh proposes to Shamita. But in the meantime, Rakesh has said such a thing about proposing to Shamita that his fans are shocked to hear. 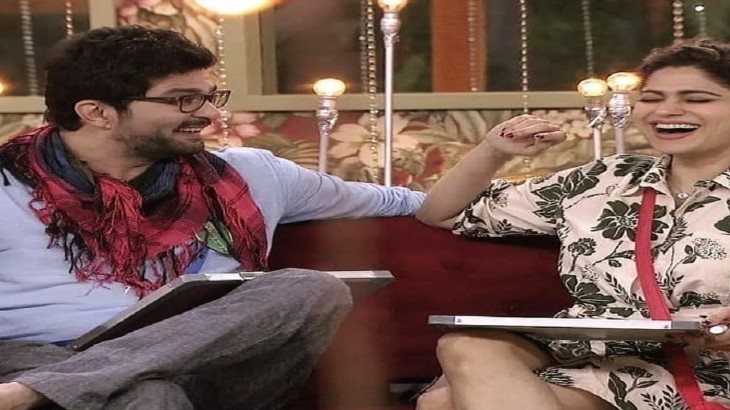 Rakesh will not propose to Shamita (Photo credit: @shamitashetty_official Instagram)

At Bigg Boss’s house, where people can watch fights and fights between the contestants. At the same time, people also like the chemistry between some contestants. After which the people wait for Izhar-e-Ishq among them. Something similar is the case of the famous Bigg Boss couple, Rakesh Bapat and Shamita Shetty. People are waiting for Rakesh to propose to Shamita. But in the meantime, Rakesh has said something about Shamita’s proposal that his fans are surprised to hear. Yes, Rakesh has said during an interview that he will not propose Shamita on national television.

Also read- Fan was forcibly doing such an act with Salman, he did this out of anger

It is worth noting that during ‘Bigg Boss OTT’, there was a closeness between Rakesh and Shamita. Where the love of both blossomed little by little. After which there were reports that they are both dating. Shamita is currently at Bigg Boss’s house. In such a situation, people were waiting when Rakesh will enter Bigg Boss. So that I can see the couple of the two together one more time. Meanwhile, recently Rakesh has made a wild card entry into the house. Since then, a Rakesh interview is going fiercely viral on social media. In this interview, you have said a lot about proposing to Shamita.

Previously, Rakesh had given an interview to ETimes. During which he was asked that Ishaan Sehgal and Maisha heard a lot about the romance at Bigg Boss’s house. Now that Rakesh enters the house, do you agree with the PDA? In which he spoke about his relationship with Shamita and said that he will not propose to Shamita on national television. Then when asked the reason behind this, he said, ‘Shamita and I will be on the show as a couple, but we will also play our respective games. But it is true that we will not be against each other. As far as Ishaan and Maisha are concerned, their self-love and romance didn’t seem organic. There was nothing coercive between Shamita and me. I don’t want to show my attachment and attachment to anyone like that. Shamita and I are very reserved people. Know how much to show the public on national television.

Apart from this, on the question of proposing to Shamita, Rakesh said: ‘I will never propose to Shamita on national television. This is a very private emotion. It won’t be on the show when it happens. The show will come out. This will be a very special moment for both of you.

We tell you that Rakesh had entered the house of ‘Bigg Boss 15’ as a riotous contestant on Saturday. Seeing Rakesh, Shamita became emotional and began to cry bitterly. During which Rakesh hugged him. Neha Bhasin also came to the house with Rakesh.