Another round of eviction from Bigg Boss 15 is here and this time, there are not one, but two contestants whose fate has been sealed in this fierce contest. After much speculation, the eviction ax struck Ieshaan Sehgal and Miesha Iyer, ending their journey. 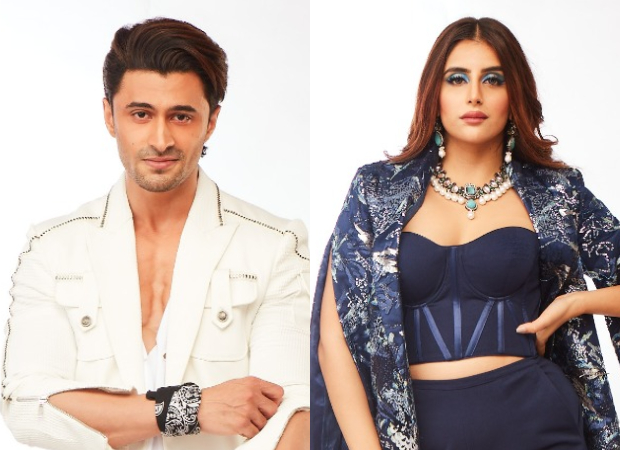 Both Ieshaan and Miesha have had wonderful times on this show. The two met and clicked instantly and before long they began dating in the first week of the show. While the two spent most of their time together, they managed to make good friends on the show. Miesha was very close to Jay and shared a strong bond with him, while Ieshaan bonded well with Shamita Shetty, Tejasswi Prakash, and Rajiv. Because, Tejasswi, Ieshaan was like a younger brother and was very upset about his eviction. While this may not be good news for ‘Mieshaan’ fans, both Ieshaan and Miesha have gone through an interesting journey that left a lasting impact on their housemates and the audience.

Miesha opens up about her eviction saying: “With a heavy heart, I say goodbye to Bigg Boss. I have had some of the most incredible moments of my life in this house and I can’t believe it has come to an end so soon! But there is a lot to look forward to; I have made special friends on this trip. I especially couldn’t be more grateful to find my special. My dream of winning the title is gone, but the friendships I’ve been blessed with will always remain! “

Ieshaan shares about his eviction: “This has been a great journey. I can’t express how disappointed I am now that I can’t go any further. But I am missing some important lessons that I learned on my trip and beautiful memories with my friends. I also know now what it feels like to fall in love! Thank you ‘BIGG BOSS’, for all you have given! “

“Sir, I don’t feel good at all. How I can? I was closer to her in the house. He is out of the house now, ”Ieeshan told Salman Khan after Miesha Iyer was evicted. Salman then said, “Kya expects kar rahe el Ieshaan, kaun jaega? Pichle do hafto se samjha raha tha mai ki aaplog kuch nahi kar rahe. Abhi romance ke bal ke upar to nahi chalta na ye show bhai? Wo added hota hai. Ye bhi nahi ke aap logo ke romance me kuch aisa fun tha (What did you expect, Ieshaan? Who would be eliminated? I have been telling you for the last two weeks that you are not doing anything inside the house. This program is not based on romance. Not that there is much fun in your romance). You weren’t mixing with anyone. “

Over the weekend Ka Vaar further said, “I would like to remind everyone that we do not add romantic angles or create fights inside the house. If Tejasswi Prakash has a problem with Shamita Shetty, that is her problem, not ours. If you have an affair with Shamita, it is yours too. We are not having an affair with Shamita. Nobody is imposing terms on you, that’s on your own. “

“You stay in the house, you impress the public and one of you will take the trophy. Did we ask Miesha and Ieshaan to get it on their own? All of these are useless. We do not control what you do, how you do it, what you say. This is your program, if it works, you get the credit. If not, you are also to blame. Why do you blame the creative team? The team gives you tasks and rules, not scripts. We don’t have a visual effects store here where we will show something different than what you actually did, ”he added.

Salman Khan also asked the contestants to prepare for Road To Finale Week. He announced that the house will be divided into two zones, one of which is the VIP zone. It means that only those who will be able to reach the VIP area in the next week will make their way to the final. Since Simba Nagpal pushed Umar Riaz into the pool and indulged in physical violence last week, he will not be allowed to participate in any of these tasks in the VIP area.