Anu Malik, Sadhna Sargam and Amit Kumar to be special guests of The Kapil Sharma Show


Anu Malik, Sadhna Sargam and Amit Kumar to be special guests of The Kapil Sharma Show 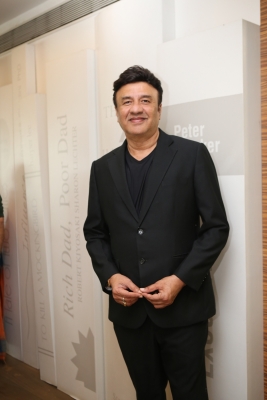 While on the occasion he will share some stories of his career in the industry so far, the public will also hear some of the songs sung by these renowned singers in the industry.

If Saturday’s episode is going to be a musical special, then Sunday will be Bollywood night as the star cast of Bunty Aur Babli 2 will enter the show as a special guest. Bunty Aur Babli 2 is the sequel to the 2005 film Bunty Aur Babli. The film is produced by Aditya Chopra and directed and written by newcomer Varun V Sharma.

Saif Ali Khan, Rani Mukerji, Siddhant Chaturvedi and The Forgotten Army actress Sharvari Wagh, who will make her Bollywood debut with the film, may now appear as special guests. However, the channel has yet to confirm it.