King Khan was seen hiding from the paparazzi under the cover of an umbrella!


A video of Shahrukh Khan is going viral on social media. In this video, Shahrukh is seen hiding from the paparazzi. Shahrukh is said to have been seen in hiding because of his son Aryan. 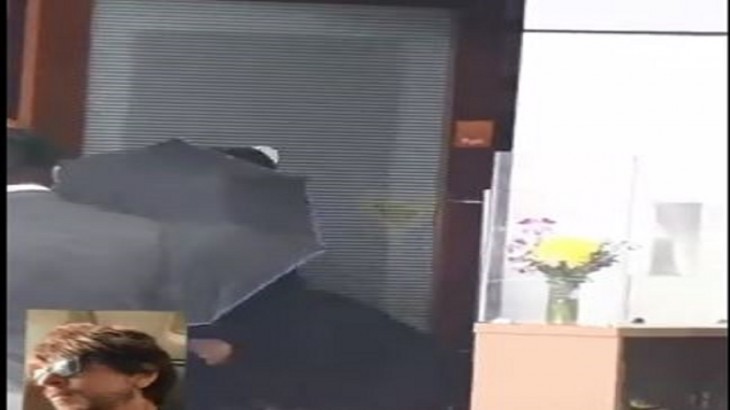 Bollywood King Shahrukh Khan is in the news these days for his son Aryan Khan. Meanwhile, on Saturday, October 6, news of his departure to Delhi came to light, while on Sunday, October 7, King Khan returned to Bombay. But during this, Shahrukh was seen hiding from the paparazzi. Let us tell you that a video is going viral on social media. This video has been shared by Paparazzi. This video is said to be from Kalina Terminal at Mumbai Airport. It is seen in this video that a person is sitting in his car, avoiding the paparazzi with the help of an umbrella.

Who did Shahrukh Khan meet in Delhi for a day? Why is he hiding from the camera? Shahrukh arrived at Mumbai Kalina airport in his private plane, very mysteriously, courtesy of vdo. @ viralbhayani77 pic.twitter.com/OrhMY17TY2

Let us tell you that this person is said to be none other than Shahrukh Khan. After this supposed video of Shahrukh went viral, now his fans and social media users are reacting a lot about it. Some people say that Shahrukh Khan does not show his face due to his son Aryan, while some fans say that King Khan has done this to hide the look of his film.

Also read: Aryan Khan will not appear in NCB office, know what is the reason

King Khan was last seen in the movie Zero in 2018. The movie was directed by Aanand L Rai. After this, Shahrukh has not appeared in any movies until now. But now Shahrukh will soon be seen in Siddharth Anand’s film Pathan. Actress Deepika Padukone and actor John Abraham will also be seen in this film.

5 things that make ‘Hunarbaaz’ a must!