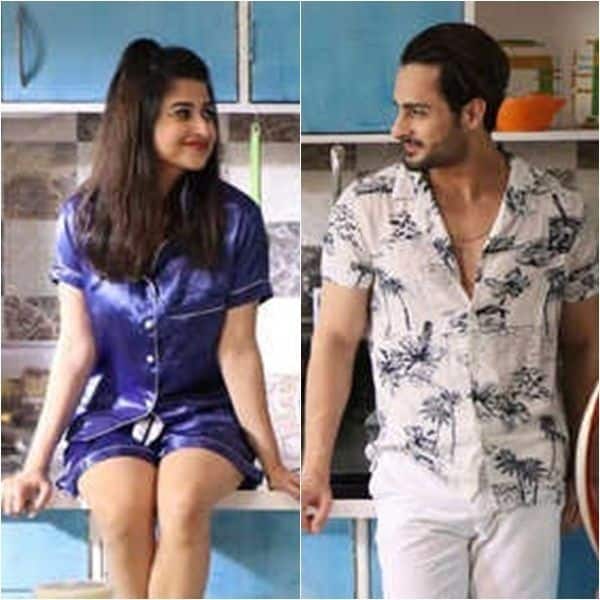 Umar Riaz, brother of Bigg Boss 13 model-rapper and runner-up Asim Riaz, has become quite popular with his stint at Bigg Boss 15. Fans have been supporting him since he began his journey inside the house. And now his personal life has started creating buzz outside the Bigg Boss house as well. Read Also – Bigg Boss: From Shamita Shetty to Himanshi Khurana: These 8 Contestants Flaunted Their Money And Arrogance On The Salman Khan Reality Show

There have been rumors that Umar and former Bigg Boss 12 contestant Saba Khan, who had entered the show with her sister Somi Khan as a commoner, have been dating for a while. They share a great bond with each other and even Umar’s family meet Saba and share a good relationship with them. Also Read – Bigg Boss 15: Salman Khan & Bhagyashree Meet At Ka Vaar Weekend; recreate moments of Maine Pyaar Kiya – watch video

“Umar and Saba have known each other since Asim participated in Bigg Boss 13. Later, they collaborated on the song Gunaah Karde, where they got along very well. Since then, they have been very close. Umar’s family also knows Saba and they share a good bond with her, “a source told TOI. Also read – Bigg Boss 15: This is how Ridhi Dogra reacted when her ex-husband Raqesh Bapat met with Shamita Shetty

The chemistry between Umar and Saba is also said to have been first observed by the members of their music video team. “They made a good couple and their chemistry was sizzling while filming the song,” the source said.

Umar may have been a doctor by profession, but he had previously said that he would like to explore himself as an actor if he gets a chance to work in the industry after his stint on the reality show.

“I want to get into this field and explore myself as an actor, which I’ve already done with a music video or two. My co-star and director told me that you don’t seem like a person who has done this for the first time. With medical experience, the Emotions are there because I’ve seen a lot of things in life. Acting has to do with emotions. After ‘Bigg Boss’, if I have the opportunity to work in the industry, I would love to do that, “he told IANS.

Saba had recently shown her support for Umar by sharing a video on Instagram. “This video is for you @ umarriazz91 more power and love for you … stay strong and play like you do and win the trophy … you are already our winner ❤️

Previously, Umar had shared a video for his fans asking them to support him as he entered the house. Following this, her fans wished her best wishes for her journey ahead on the show through lovely comments and direct messages.