Ekta Kapoor will be seen with her two contestants at Bigg Boss’s house this week. During this, Ekta will also remove the mask from the faces of the family members. 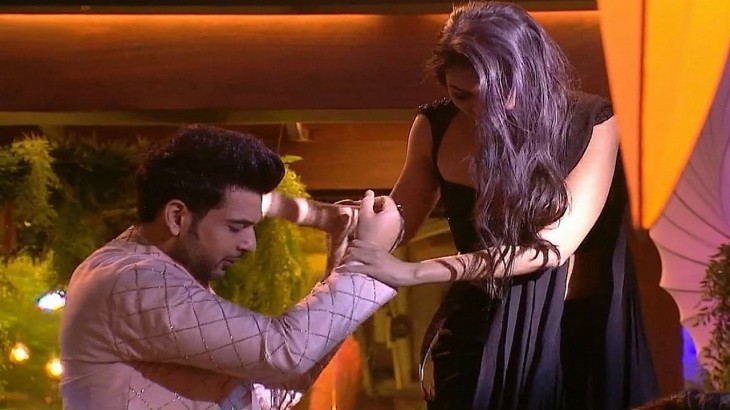 The fifteenth season of Bigg Boss is underway. A lot of explosions were seen this season. This week Ekta Kapoor will also enter Bigg Boss with two actresses from his serial Naagin. Ekta Kapoor will also remove the mask on the faces of family members along with Naagin serial actress Anita Hassanandani and Surbhi Chandna. Let us tell you that during this time Ekta will be seen doing homework for family members. A video of this has also been covered in the discussion. In this video, Ekta Kapoor is seen questioning Karan Kundra about Tejasswi Prakash.

Also read: Aryan Khan will not appear in NCB office, know what is the reason

If you are a fan of Bigg Boss, then today you should know that Karan has always been seen expressing his love for Tejashwi on the show. He has already confessed that Tejashwi is his crush. While Tejashwi has said that they are just good friends and are just getting to know each other. Ekta Kapoor is seen carrying out their love story.

Also read: Does this director doubt Salman’s ability? You will not be able to play a challenging role.

We tell you that in this video Ekta is seen giving a task to the relatives, in which he asks the contestants to say who wears a mask of lies or who has hidden his personality. On this question of unity, Karan Kundrra takes the name Shamita Shetty and Shamita is enraged.

Shamita says who told you I want to go home. On this issue of Shamita, Karan says that you know by watching. In the middle of the fight between the two, Ekta asks Karan Kundra another question. Hearing this question about unity, Karan turns red with embarrassment. Actually, Ekta asks if you like Tejashwi. On this question of unity, Karan begins to blush and begins to laugh hiding her face. Tejashwi also blushes seeing Karan’s reaction. Upon this, all members of the family begin to enjoy both.

Let us tell you that Karan Kundra was heard telling this season’s contestant Akasa Singh who already knows, I am in love with him (Tejashwi Prakash). He’s a little, very sweet, a good prisoner in the life of comedy.