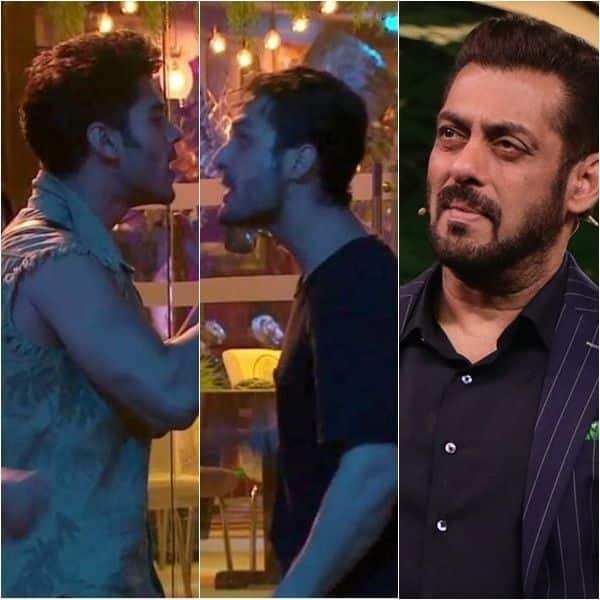 During the episode, Salman addressed the violent incident that took place between Simba and Umar. During an assignment, Simba and Umar got into a war of words that quickly escalated. Their verbal argument turned ugly and an agitated Simba ended up pushing Umar into the pool with all his might and also threw a basket at him. Read Also – Bigg Boss 15 Top 5 Contestants by Ormax Media: THIS contestant beats Tejasswi Prakash to take the number 1 spot; Pratik Sehajpal off the list

Salman told Simba that what he did to Umar was wrong. However, he also mentioned that he could understand that what Simba did was a reaction when Umar was instigating him. But still, what Simba did was wrong. As punishment, Salman announced that Simba will not be eligible to participate in the Race to Finale tasks in the next week. Read Also – Bigg Boss 15: Is Umar Riaz Dating Former Bigg Boss 12 Contestant Saba Khan? Deets in

However, Salman’s words seem to have deeply hurt the Umar Riaz fans who have given him their full support. People have also been venting their anger by accusing Salman and the show’s creators of being biased towards Simba.

The creators show you their favoritism again Shakti Boy Image Clear
He is badly pushing,

Embarrassed @ColorsTV @Big boss for cleverly silencing the part where bimba called #UmarRiaz atankwadi & salman didn’t even discuss that matter, @BeingSalmanKhan Did Umar provoke your bimba even for this Islamophobic comment?
HEARING WITH UMAR RIAZ

Be a fan of @BeingSalmanKhan It pains me to see the way the creators of # BB15, give him a scripted proposal that does not contain the truth !!

Salman: Simbu galat ho, lekin hum samjh skte hain apne jo kia wo as reaction kia jab #UmarRiaz ne apko uksyaa “
You read that right! Does anyone want some other proof to find out that this fucking show is biased? It was clear with this after #DonalBisht eviction

As lord salam said #UmarRiaz provoked simba … so why didn’t that show ??? I’m following the live broadcast … even there I don’t see Umar provoking Simba … this was not justice for Umar.

How can they say that Simba pushed because Umar instigated? I was doing a task where everyone was pushing / pulling each other. How low can this show get.
HEARING WITH UMAR RIAZ