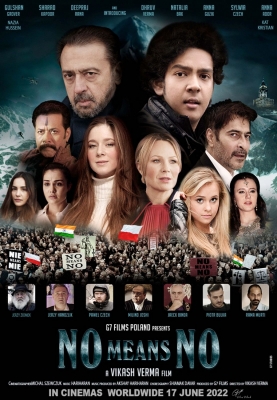 Bombay:
The release date for director Vikas Verma’s No Means No has been postponed. The reason for this is that its director feels that this is not the right time to release this film. Previously, the director had planned to publish it for November 5, but now, considering the setting, he has postponed the date.

He says this is not the right time for an international film like No Means No, a simultaneous world premiere is not possible.

Theaters are 50 percent occupied, and single-screen theaters are not ready. Even on public transport, only fully vaccinated people can go. June 2022 will be the right time, where total security can be guaranteed.

The Indo-Polish film No Means No was shot primarily in Poland. It has some new faces like Dhruv Verma, Gulshan Grover, Sharad Kapoor, Deepraj Rana, Neetu Chandra, and Kat Kristen and Anna Adore. Well-known Polish actress Anna Guzik and others like Natalia Bach, Sylvia Chek, Jerzy Handjlik and Pavel Chek will also appear in the film.