There are only a few such Bollywood movies, about which the buzz gets tremendous. If there is a Rohit Shetty family entertainer movie, then it seems more likely to happen. Akshay Kumar’s Sooryavanshi was supposed to break free long ago. But Corona continually postponed the release date. This was also true in terms of the film’s marketing. The more the wait for Suryavanshi increased, the more the restlessness of the people increased. The effect was that the morning shows are also full of energy. But whether we go ahead or not, our review will tell …

In 1993, Mumbai was rocked by serial explosions. The 400kg RDX changed the Mayanagari image forever. Then Inspector Kabir Shroff (Javed Jaffrey) arrested many defendants in just two days. But a fear persisted: 1000kg of RDX was brought in, 400kg used, so where is the remaining 600kg? Now the Suryavanshi story revolves around this 600kg RDX. The intelligence has given the news that this time Mumbai is the target of the terrorists and then preparations are being made to explode as in 1993. Mumbai must be saved, innocent people must be protected, that is why the inspector is called by ATS Suryavanshi (Akshay Kumar).

Now, Suryavanshi’s work style is such that he only cares about his duty. There is a family, there is a wife who is a doctor (Katrina Kaif), there is also a son, but Suryavanshi spends all his time catching the terrorists. In such a situation, your success rate in each mission is very high. This time he also has to save Mumbai from terrorists. How he will do it, how many sacrifices will be given in return, whether Mumbai can be safe or not … In 149 minutes, Rohit Shetty’s film will answer these questions. 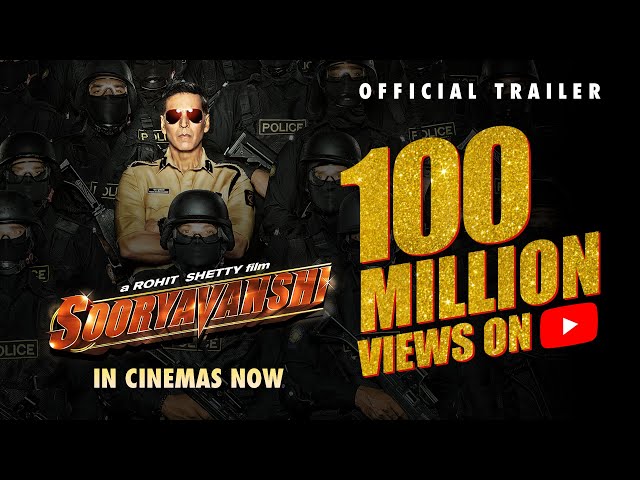 It was the Rohit Shetty movie, so he left thinking to leave his mind at home, forget about physics, and just enjoy himself. He entered the theater with this mentality, but could not leave. Suryavanshi’s story has turned out to be his weakest link. Weak because there is no history. This movie has only two purposes: first Akshay Kumar and second that terrorist. The two have to face each other in some way, Akshay has to win and there has to be a happy ending. Now if Rohit Shetty had put in a bit of chilli-masala, worked on the story a bit, then maybe these aspects would have worked in the movie’s favor as well. But this was not done and the film ended completely flat.

Akshay Kumar misfit, what about the rest of the stars?

Sooryavanshi’s acting department has also been disappointed. To say that Akshay Kumar is in the lead, but this character does not fit so much. There was definitely some hope after seeing the trailer. His old Khiladi movies were also remembered. But watching the movie, it seemed like you could play a lot with her character. Singham’s character played because he had many nuances, Us was loved because he had a different identity. But Akshay Kumar and his Sooryavanshi character were not given a separate identity. There is no such dialogue or signing step. In such a situation, this character cannot be called strong.

Jackie Shroff, who became the kingpin of the terrorists, has also faded a bit. There has been less time in front of the screen, the character also seems weak in terms of history. In the role of other terrorists, Kumud Mishra, Abhimanyu Singh, Nikitin Dhir will also be called well. I can’t say I did it wonderfully, just that the woman did the job. Rohit Shetty’s film, so the female lead was not given place. Katrina Kaif has made herself dance to a single remake song. The song is two to three minutes long, while your screen time is there too. She keeps coming and going in the rest of the movie. Javed Jaffrey will continue to be considered good in the role of police inspector. I always see him in comedy movies, this role is different and he has done a good job.

What went wrong with Rohit Shetty?

It is said of Rohit Shetty that she knows the secret that even a movie with a normal story can become a blockbuster. But this will happen with Suryavanshi, it seems difficult. The biggest USP of the movie was having action scenes, but they haven’t been able to entertain much in the movie either. By the way, this time the vehicles have also flown less than the previous movies, so they will lose the element as well. Now those last thirty minutes of the movie when Sooryavanshi gets support from Singham (Ajay Devgan) and Simba (Ranveer Singh). This is the biggest highlight of Sooryavanshi, but the execution is not that great. Putting these three together definitely adds to the excitement, but the action sequences are low-intensity, so no big bang happens. In the middle, the jugalbandi of the three can like.

In such a situation, Suryavanshi is a family movie, but he can’t keep everyone tied up until the end. And anyway, the spice you will need, Rohit Shetty’s Suryavanshi is not going to give you. Now wait for Singham 3 when Ajay Devgan will go to Pakistan and roar …

Singer shows improvement in health, to stay in ICU