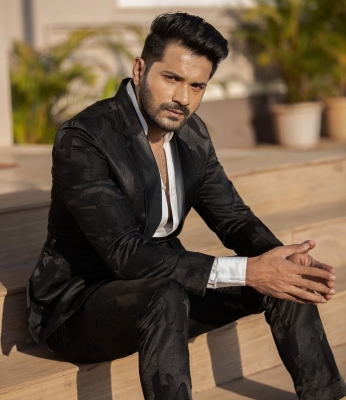 Bombay:
The Uttaran Mrunal Jain actor has been working on the small screen for quite some time, but considers Sooryavanshi, starring Akshay Kumar, the biggest break of his career, set to premiere on Friday, November 5.

Mrunal told IANS: “It is the most anticipated film of this year and it will finally be released after a year and a half on hold.” If this movie becomes a hit, the entertainment industry and movie theaters will be alive again. Viewers can now watch it on the big screen. I am definitely looking forward to seeing the movie and I hope that people will notice my work.

Mrunal further said that for the past three years I have been receiving calls only for negative roles. In Sooryavanshi too, I was able to play the antagonist. It is interesting that with my positive face, I am going to play this role. As an actor, I think I have always been positive and have played the role of a hero. In the last movie, I also played a negative role, so I feel really tied to the antagonistic roles.

Mrunal said that every moment on the sets was interesting for her. Working on a Rohit Shetty movie was a completely new experience for me. It was almost a dream. In fact, I was living in the country of my dreams. Every moment, every take, every scene was a learning experience.

Mrunal said that he was seeing how the actors dedicate themselves to their craft, giving their best in each and every scene. It was interesting to see how they understand their scenes, their characters. I have internalized the learnings and kept them to myself.