Alia Bhatt and Ranbir Kapoor made their relationship official


Alia Bhatt and Ranbir Kapoor made their relationship official 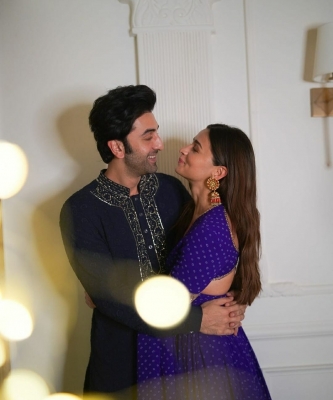 Bombay:
While on the one hand the world was immersed in the festivities and lights of Diwali, on the other hand Alia Bhatt and Ranbir Kapoor officially confirmed their relationship.

Previously, dating Alia was rumored to be dating Ranbir Kapoor. But, Alia’s post about Diwali put an end to all the rumors.

The actress took her Instagram to share some photos on the occasion of Diwali. He captioned the first set of pictures, Thoda Roshni … Happy Diwali.

The actress posted a photo of her hugging Ranbir, in which the two are seen smiling. Taking the thread of his latest caption, he wrote: A little love. Happy Diwali.

Both Ranbir and Alia opted for blue for the festive occasion. Various film personalities such as Jacqueline Fernandez, Zoya Akhtar and Anita Shroff Adajania reacted to the image of the duo.