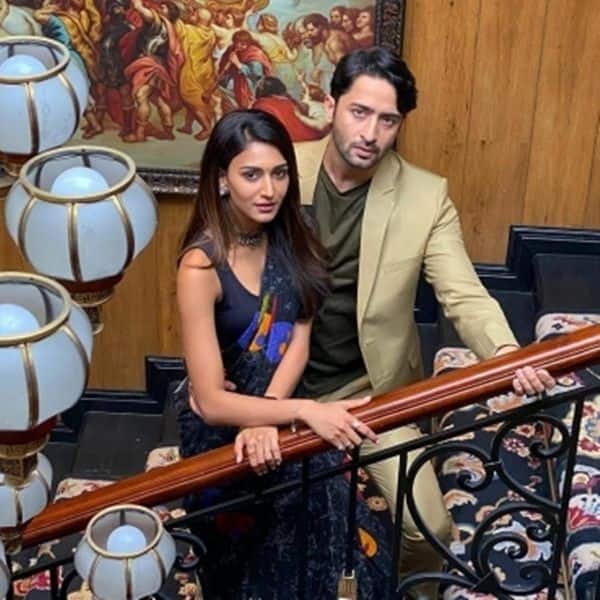 In a shocking development, Erica Fernandes announced on Wednesday that she left Kuch Rang Pyaar Ke Aise Bhi season 3 for the disappointing performance of her character Sonakshi on the daily soap opera. She wrote a long note on Instagram and called out the creators for their hypocrisy for allegedly blaming her for the show’s failure as it is about to go off the air soon. Also Read: Shehnaaz Gill, Shivangi Joshi, Hina Khan And More – The Physical Transformations Of These 12 Popular TV Actresses Will Leave You DARE

Unhappy with the way her character Sonakshi was made to appear weak and confused, contrary to the previous two seasons where she was seen as strong, smart and balanced, Erica said she had to make a difficult decision when choosing between her self-esteem and and a spectacle so dear to her. Also Read – Trending TV News Today: Shaheer Sheikh-Erica Fernandes starring Kuch Rang Pyaar Ke Aise Bhi 3 to go off the air, Mayank Arora to play Kairav ​​in Yeh Rishta Kya Kehlata Hai and more

“I hope you always remember Sonakshi from the first 2 seasons and not how weak and confused she looked this season, in the first 2 seasons putting everything else aside. At least she had a job and an office to go and no where. she had to sit at home doing nothing. Sometimes when you have to choose between your self-love and such a beloved show, you have to make tough decisions (not to mention the other reasons) And you can “You don’t always take on the responsibilities of others. on your shoulders, you have to take care of yourself and make decisions based on that, “he wrote. Also Read: Amidst the rumors that Kuch Rang Pyar Ke Aise Bhi 3 will go off the air, here are the shows that surprised audiences with their abrupt ending.

She continued, “To all of you who were bummed and disappointed by this season (from all your comments I read and the trends on Twitter I witnessed) … just ask yourself why we all came back to watch this show in the first place, maybe come back. to see a couple of episodes of the first season and remember us well, for all the efforts we put in to keep you coming back for more, maybe that will bring a smile to your face. “

Appreciating the show, Erica said, “Well, we had made a masterpiece years ago, but if you remove the master from the masterpiece, you only have pieces left and Durjoy missed you tremendously this season. You brought subtlety and wrote with all your heart. very visible. The romance was simple but real and moving. The show had very realistic drama and never a negative force that made our show so unique. You had visualized and shaped the show so beautifully while adding your touch. .. I almost felt like a novel came to life. “

He also thanked the show’s director and recalled the fun time he had on sets with his co-stars and the rest of the team. However, he did not beat around the bush while attacking the creators for blaming an individual for the show’s failure.

“Have you ever thought? When a program is successful, it is very easy and convenient to say that the success of the program is not due to a particular individual, but to teamwork and the effort of the entire team … but it is so easy to blame a particular individual. individual when a program has to close! How hypocritically convenient, right? In closing, I would like to thank everyone who has supported me on this journey and my decisions, be it my team or my Ejfians and Krpkabians. Much love, Erica Jennifer Fernandes, “Erica concluded.

Dev (Shaheer Sheikh) and Sonakshi (Erica Fernandes) represented the modern couple in Kuch Rang Pyaar Ke Aise Bhi. They were quite identifiable, as viewers could see them dealing with problems similar to the everyday lives of their coworkers. Their fans affectionately called them Devakshi.