Was Aryan Khan Really Slapped Twice In Jail? Was Shah Rukh Khan instructed by NCB’s Sameer Wankhede to do the same?


There is no respite for Shah Rukh Khan’s son, Aryan Khan, since his arrest on October 2 in a drug bust on a luxury cruise ship. While Aryan’s attorney has maintained that no drugs or use were found on his client, the Bureau of Narcotics Control (NCB) has charged Aryan with acquiring drugs and claiming to have discovered global links. The court has reserved an order regarding Aryan Khan’s release on bail and remain in custody until October 20. Also read – 6 more days in jail: BIG SHOCK to Shah Rukh Khan – Gauri Khan; order on Aryan Khan’s bail statement to be announced on October 20

Amid all the chaos, various reports have been circulating on social media about how Aryan is being treated in jail. One such report claimed that Aryan was slapped twice by NCB’s Sameer Wankhede while his father, Shah Rukh Khan, was coddling his son over the phone. The report also stated that SRK heard about the incident with Sameer Wankhede instructing the superstar to do the same before, which would not have led to Aryan becoming ‘a spoiled child and a drug addict’. Also read – Arrest of Aryan Khan: NCB draws parallels to Rhea-Showik Chakraborty case; says: ‘Aryan is a regular drug user since the last few years’ 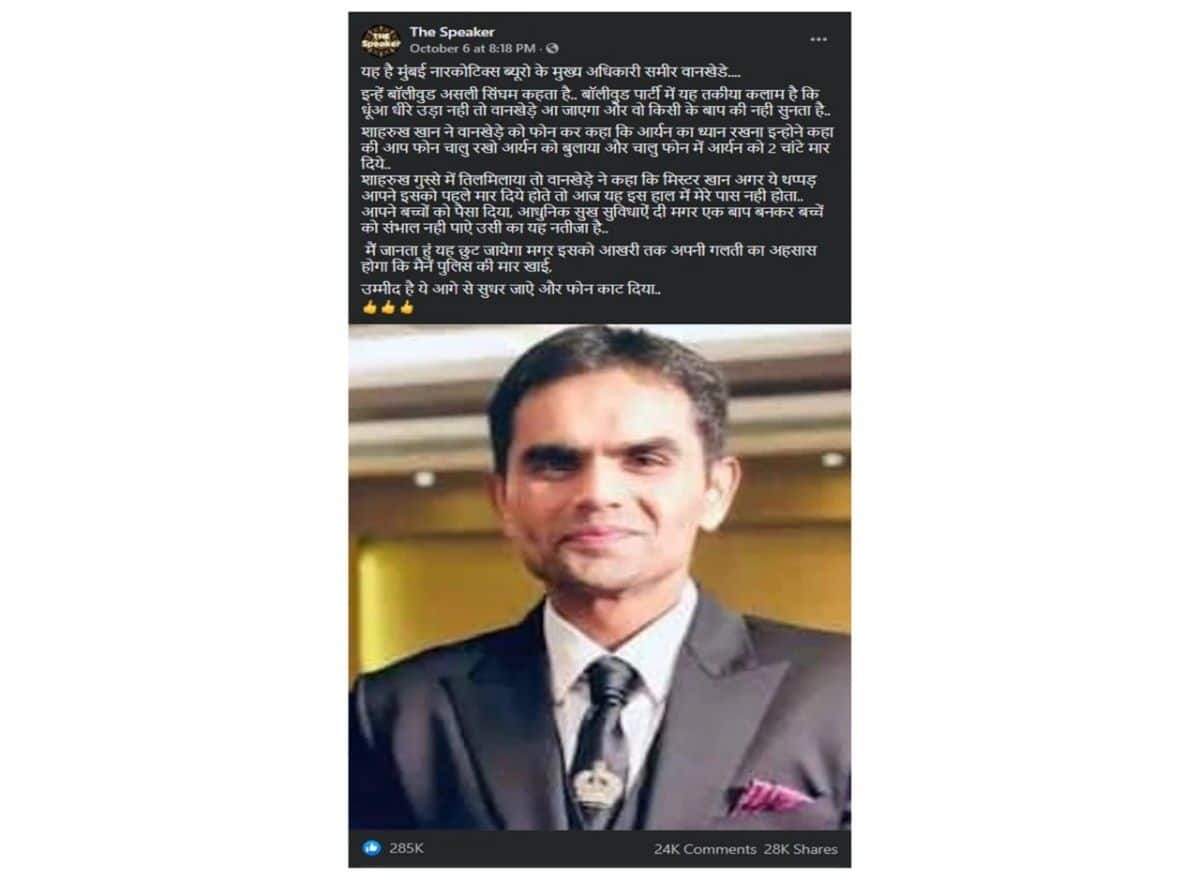 The news report in particular was shared on social media platforms with headlines that read: “NCB Officer Sameer Wankhede is the real ‘Singham’ of Bollywood.” Several Hindi news websites have even published this story with sensational headlines. However, this news is not true. 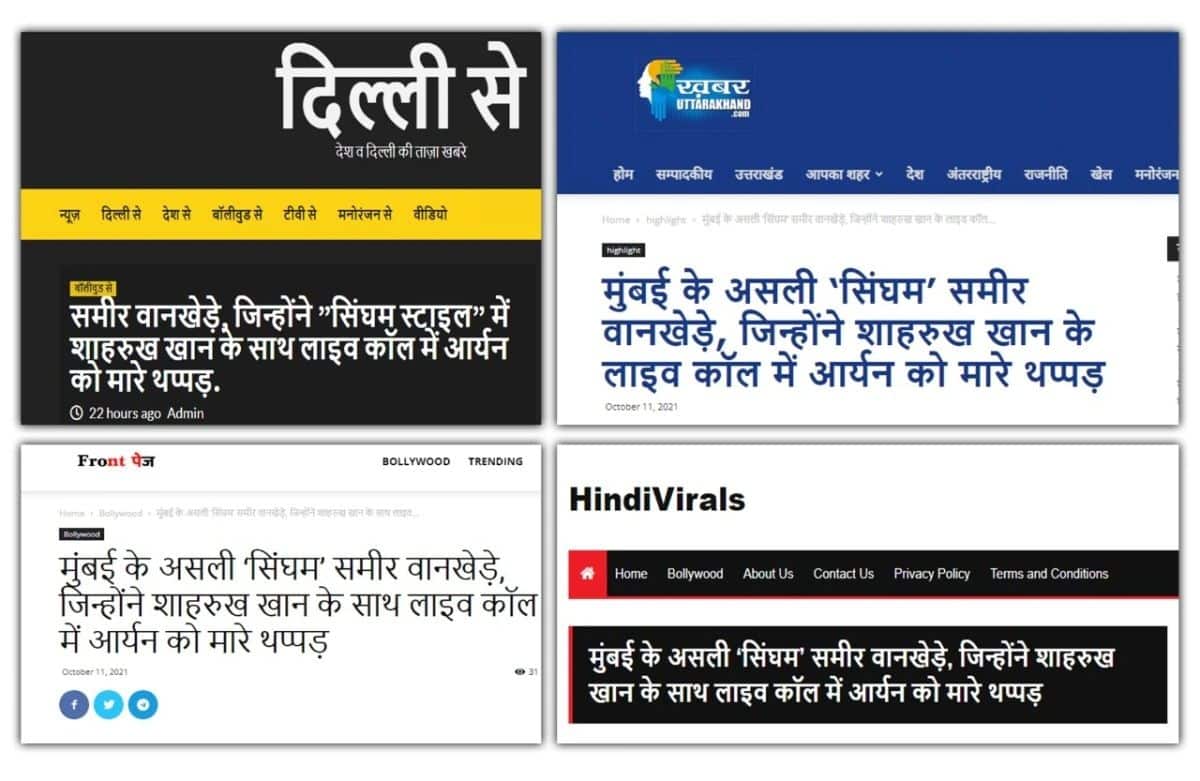 According to India Today, the viral claim that Aryan was slapped twice by Sameer Wankhede in front of Shah Rukh Khan is totally false. “NCB is a professional agency. Even the defense side has appreciated our professionalism and the way we have provided legal treatment to the defendants,” Sameer Wankhede said while dismissing the report as totally unfounded.

In a complaint, the NCB alleged Wednesday that Aryan, along with others, was prima facie involved in “illicit drug trafficking, obtaining and distributing contraband” prohibited under the NDPS Act.

The agency also accused Aryan of being in contact with some people abroad who could be part of an international illegal drug syndicate and is continuing with further investigations to unearth their ties to contact the foreign agency through the proper channels.