#DonalBisht trending on Twitter, netizens say ‘She’s the only one who’s a lone warrior’ 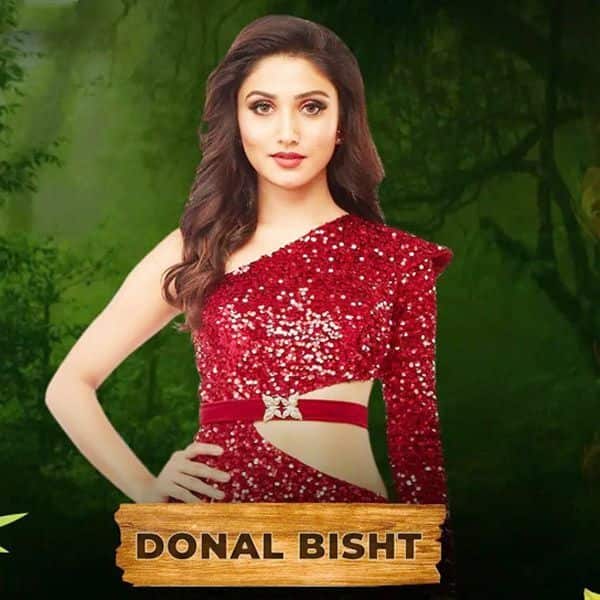 Today’s episode of Bigg Boss 15 was filled with drama, aggression, and verbal arguments! Contestants who seem to be justifying their animal tags start pouncing at each other after the task bell rings after specific intervals. But in today’s episode, we saw how Donal Bisht and Miesha Iyer got into an argument where the latter alleged that Donal hurt her with his nails and also blamed Donal for pulling her hair. Donal, who did not retaliate, even Miesha charged her in a fit of rage, went to the bathroom area and got emotional and told Karan that ‘I did not pull her hair’. Karan Kundrra also tried to appease her and asked her to calm down. Donal even asked Karan to check his nails. He said he doesn’t have those big nails that can hurt someone. Donal, who has emerged stronger in all situations, is being backed by netizens who defended the actress and called her genuine and strong. They also criticized Miesha for her hostile behavior towards Donal. People feel that Donal is a woman’s army and is being an unnecessary target in the house. Take a look at the tweets below:

I thought she would be the villain this season, but damn, is she the complete opposite?#DonalBisht # Biggboss15 # BB15 pic.twitter.com/mUZ31qDQqO

Some of the people have a prior judgment about #donalbisht
She is the gem that shines. He doesn’t pretend to do it. She will make you like you@Big boss pic.twitter.com/IakAFSLo2T

Does everyone hate her so much? I didn’t even know her pehle se !! Show me bhi that it is not noticeable … but today I saw that people did not like it inside the house bb … what has she done ????#DonalBisht

I can appreciate #UmarRiaz defending #DonalBisht and standing firm he did not. And did he even hug her in the end? Stop them so cute https://t.co/tfExYy2EjT

I hope Donal gets the highest votes and then Salman on WKW announces that Donal is the most voted contestant this week. I want to see the reactions of the bad boys and girls to this. ? #DonalBisht

#DonalBisht did not deliberately hurt anyone, yet Vishal and the gang were talking about how they took their anger out on #DonalBisht #DonalBisht on homework hurting her

BB STOP THE HARASSMENT OF DONALBISHT

#DonalBisht She seems like a sweet person, but the mistake she’s making is that she keeps opening up and trusting the same people who make fun of her behind her back. #KaranKundrra, #VidhiPandya #UmarRiaz etc. # BiggBoss15

Yes #TejaswiPrakash is the biggest manipulator of bb 15. Now the neutral audience is voting for #DonalBisht who play alone as lone warriors.

This is a clear sign that she stands out, she is different from all of them.#DonalBisht

Also Read – Bigg Boss 15, Day 12, Live Updates: Vishal Kotian has Shamita Shetty by his side; Karan Kundrra was shocked at the people who betrayed him