Deepika Padukone will reenact her dialogue ‘Ek Chutki Sindoor’ by Om Shanti Om with Amitabh Bachchan in the next episode of Kaun Banega Crorepati 13. Check out the promo video here: 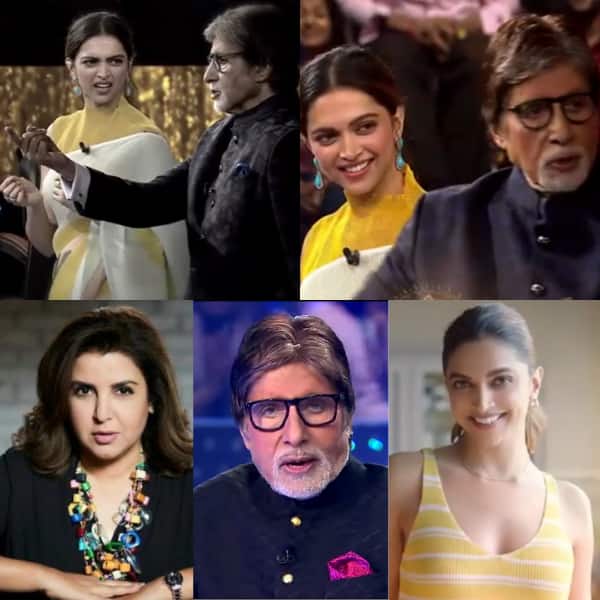 On September 10, Friday for Kaun Banega Crorepati 13’s Shaandaar Shukravaar special, we will see Deepika Padukone and Farah Khan making an appearance on the show. And while he’s there, Amitabh Bachchan, the show’s host, complains and asks Farah why she hasn’t included him in her movie yet. Farah says it’s everyone’s dream to include him in her movie. She has him act out Deepika Padukone’s iconic ‘Ek Chutki Sindoor’ scene from Shah Rukh Khan’s protagonist Om Shanti Om. Deepika and Big B who have shared screen space in Piku were in the mood for masti. Deepika jokingly told her to listen to her co-stars when she was performing their scene on stage. When the megastar adds too much force to her dialogue, Farah asks her to say it calmly. The video is too fun to miss. And this makes us wish that Friday would come earlier. Also Read: Did You Know THESE 7 Bollywood Stars Are ‘Thalaivar’ Rajinikanth’s Best Friends?

On the labor front, Deepika Padukone will return to work with Amitabh Bachchan on the intern. Big B replaced Rishi Kapoor, who was previously going to star in the film with Deepika. Also read: TOP 10 KINGS and QUEENS of Bollywood comeback who won hearts with their second ininnings – see photos