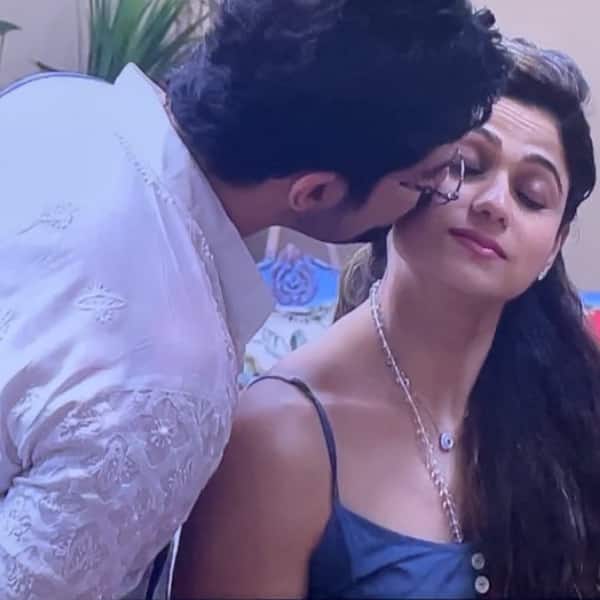 It seems that Raqesh Bapat and Shamita Shetty are the confirmed lovebirds of the season. The two are inseparable inside the house. In fact, Raqesh Bapat has been seen flirting with her. The housemates are now making fun of the duo. Outside fans have called them #ShaRa. In the last episode, we can see that Shamita is quite possessive of Raqesh Bapat. The members were sitting in the living room and a lip balm fell out of their pocket. Pratik Sehajpal took it and made an announcement that Shamita’s lip balm was with him. Everyone started making fun of him and he said that he belonged to Divya Agarwal and not Shamita. Divya Agarwal said she had an extra one, which she gave to Raqesh when her lips felt dry. Shamita Shetty did not seem pleased and said that she sacrificed the letter sent by her family by Bapat. People started making fun of them and she said she was not his girlfriend. Read Also – Bigg Boss OTT: Zeeshan Khan Opens Up About Karan Johar Being Called Biased; says: “The audience sees everything” [EXCLUSIVE]

Divya Agarwal commented, “Agar GF ban jaaogi toh bhi acchi lagogi.” Raqesh Bapat also asked him if something could really happen between them. He said he went out into the real world and saw it. As soon as Divya Agarwal left the place, Shamita said that she is upset that he took lip balm from someone she is not friends with. She said she didn’t expect him to be friends with her. Raqesh laughed initially, but apologized to her. Even Neha Bhasin tells him to forgive him and trust him. She says again that she doesn’t like Divya Agarwal at all. He says he just had a lip balm for her. Shamita says she has enough makeup and could have given it to her. He says that men don’t understand that women care about such little things. Raqesh Bapat kisses Shamita Shetty 4 times to win her over. Also read – Bigg Boss OTT: Do you think Shamita Shetty is trying to dominate Raqesh Bapat inside the house? Vote now