BTS’s Jungkook shares his last selfie before his 24th birthday, Kim Kardashian teased for listening to Donda quietly, and more


It is time to make a summary of everything that happened today in Hollywood. We return with your daily dose of trendy Hollywood stories. As usual, the K-pop band BTS dominated the headlines. With Jungkook turning one more year tomorrow, fans leave no stone unturned to keep him animated. Also, Kim Kardashian once again made headlines because of Kanye West’s Donda. Keep reading. Read Also – BTS: Former Big Hit Trainee Reveals How Suga Helped Him When He Needed And We Are Crying

Since BTS’s Jungkook is turning one more year tomorrow, he used his Twitter account to share his latest selfie and make a wish on ARMY. He captioned it as, “ARMY, they’re doing fine, right ?! ARMY just couldn’t keep their cool and doused their posts with comments. Read Also – BTS: Jungkook Posts His Last Selfie Before His 24th Birthday; ask ARMY to send lyrical messages – view posts 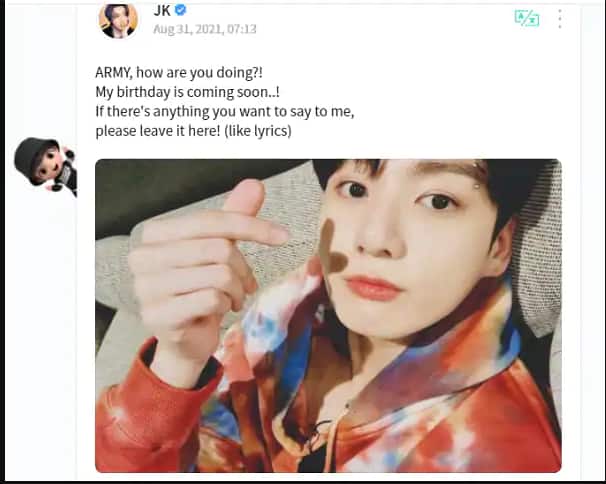 Kim Kardashian recently shared screenshots of her phone while listening to Donda from her ex-husband Kanye West. But fans were quick to point out that he was silent. She was trolled on Twitter for the same thing.

Kim Kardashian Posts Screenshots Of Her Listening To Kanye’s New Album On MUTE It’s Getting Me Out pic.twitter.com/9Ec3JtE5c4

Dwayne Johnson reacts to photos of his doppelganger

When some photos of a police officer who looks like Dwayne Johnson went viral on social media, The Rock responded to a post and wrote, “Oh shit! Wow. The guy on the left is so much cooler. Stay tuned. safe brother and thanks for your service. One day we will drink @Teremana and I need to hear all your “rock stories” because I KNOW you have them. “

Oh shit! Wow.
The guy on the left is so much cooler.
Stay safe brother and thank you for your service. One day we will drink @Teremana and I need to hear all your “rock stories” because I KNOW you have them ????? #ericfields https://t.co/G38tOr68cW

Ryan Reynold’s Free Guy has received a new release date in India. It will hit theaters on September 17, 2021.