The surgical strike; 7 Top-Rated Movies About War According To IMDb You Can Stream On OTT Now


Do you like to watch war movies? Here’s a list of war-centric movies that you can watch this weekend. Also read: Shibani Dandekar puts the name of beau Farhan Akhtar on his neck on his birthday – see photo 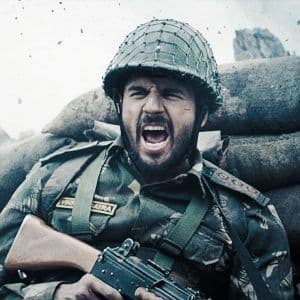 Also read – Birthday special: this is how Shibani Dandekar and Farhan Akhtar met and fell in love for the first time – see photos

Shershaah is a biographical film based on the life of Kargil’s war hero, Captain Vikram Batra. The film is directed by Vishnuvardhan and stars Sidharth Malhotra and Kiara Advani. You can watch this biopic on Amazon Prime Video. Also Read: 9 Films Shunned By Hrithik Roshan That Later Fall On Shah Rukh Khan, Prabhas, Aamir Khan, And Other Stars’ Kittens.

Directed by Aditya Dhar, the film stars Vicky Kaushal, Paresh Rawal, and Yami Gautam in the title role. The movie is based on a true story from the retaliation for the 2016 Uri attack. You can watch it on Zee5.

This film was released in 2007 and has been directed by Amrit Sagar. The film stars Manoj Bajpai, Ravi Kishan, Piyush Mishra, and Deepak Dobriyal in prominent roles. The story of the film is about the escape of six Indian army soldiers arrested during the war by the Pakistani army, during the Indo-Pak war of 1971. It is available to watch on Youtube.

The film is directed by Farhan Akhtar and has Hrithik Roshan and Preity Zinta as the main leads. The story of the film is about Karan Shergill and his journey from boy to army officer. You can watch it on Amazon Prime Video.

Directed by JP Dutta, Border film stars Sunny Deol, Sunil Shetty, Akshaye Khanna, Jackie Shroff, Sudesh Berry, Puneet Issar, and Kulbhushan Kharbanda in major roles. The movie is based on the battle of Longewala. You can watch the movie on Zee5. 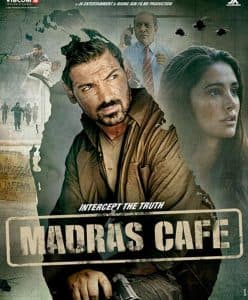 John Abraham was not only the hero of this movie, but he produced it as well. Madras Cafe was different from the traditional movies in the industry, but still received a lot of affection from the people. Madras Cafe earned Rs 42.67 crore at the box office.

Directed by Shoojit Sircar and starring John Abraham, Nargis Fakhri and Raashi Khanna in leading roles. The film is set in the late 1980s and early 1990s, during the time of the Indian invasion in the Sri Lankan civil war and the assassination of Indian Prime Minister Rajiv Gandhi. You can watch it on Netflix.

Directed by Sankalp Reddy and starring Rana Daggubati, Taapsee Pannu, Kay Kay Menon, and Atul Kulkarni in the lead roles. The movie is based on the sinking of PNS Ghazi during the Indo-Pak war of 1971. You can watch this movie on Amazon Prime Video.