Stunned by his victory, Pawandeep Rajan shares an emotional and heartwarming message for all the fans who voted for him during season 12 of Indian Idol. 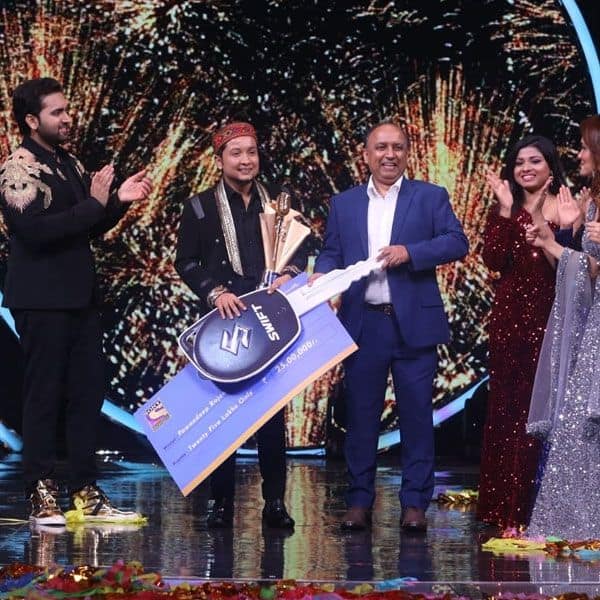 Pawandeep Rajan is the winner of Indian Idol 12. Yes, the longest-running singing reality show Indian Idol season 12 finally ended. It was a 12 hour long finale and it was a great episode. Arunita Kanjilal emerged as the first runner-up while Sayli Kamble was the second runner-up. Mohd Danish ranked fourth. Nihal Tauro and Shanmukhapriya took fifth and sixth positions respectively. Now, in an exclusive interview with BollywoodLife, Pawandeep Rajan has a special message for his fans who voted for him. He said: “Haath jodkar naman hai aur bahut bahut dhanyawad unn sabhi logo ka. Itna Pyaar itna samman aur itna support dene ke liye aur sabhi log dhyaan rakhe Covid mein. Bahut jaldi ye khatam ho jayega aur sabhi log normal dincharya mein aa jayenge mein aa jayenge mein aa Jayenge. (I clasp my hands and thank everyone. They have given me so much love and respect. They have supported me and I want everyone to take care of themselves in COVID. This COVID situation will end soon and everyone will be able to live a normal life.) ” Also Read: Indian Idol 12 Winner Pawandeep Rajan Reveals His First Reaction To Winning This Season [Exclusive]

He also has a message for his friends and Indian Idol 12 finalists who were unable to win the trophy. He said: “Mai unko congratulations kahunga ki vo first runner-up aye. Sare winner hai aur trophy mai sabko dunga ek ek mahine ke liye apne ghar mein rakhne. Gadi bhi sabko dunga ek ek mahine ke liye. Sab chalao winner ky liye. Ye ek show ka format tha jo pura hua aur iske aage jo life hai usme hum sab saath hai. (I just want to congratulate you all for being the runners-up. You are all winners and I am going to give you all the trophy for a month and even the car. Everyone can drive the car as everyone is the winner and we are all going to stay together now and work together. This was a format of the show that was completed and now in the future we will all be together.) ” Read Also – Indian Idol 12 Grand Finale LIVE UPDATES: Pawandeep Rajan Is The Winner Of The Show

He also talked about his first reaction after winning the trophy. He said. “Bahut accha lag raha hai. Hum log 6 saath me in the aur hamari family thi puri aur mai chah raha tha ki sabhi ko mile. Sabhi deserves hai aur kisika bhi naam ata mere alawa toh vo deserves hi hai. Lekin ye mujhe aur trophy meri zimmedari hai aur acchese nibhane ki koshish karunga isko. deserving. If it’s not me, I feel like everyone else deserved it. But now I have the trophy and it is my responsibility now and I will do well. I have everyone’s support and I will handle it this responsibility fine.) ” Read Also – Indian Idol 12 Grand Finale: Did Pawandeep Rajan Win The Show? The leaked photo suggests that