Dhamaka Records, a music label run by the dynamic young minds, Priyaank Sharma and Paras Mehta, and their first track titled Hum Hindustani has become an anthem from day one of its release. The hymn that premieres today playing on Independence Day weekend, is a beautiful amalgam of soulful lyrics, a melodious melody, and is sung by 15 legendary personalities from the Indian film fraternity and beyond, a feat that will be has assumed for the first time. ever. 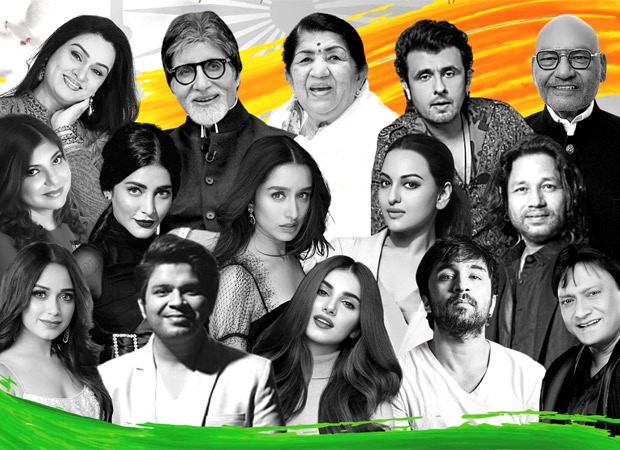 The song conveys the much-needed message in today’s tough times, of the country, coming together as one and spreading hope for a better tomorrow and faith through the powerful platform of music. With 15 industry fans joining in to lend their voice to the song, ‘Hum indostaní ‘ promises to resonate with all the Indians of the world. From Lata Mangeshkar to Amitabh Bachchan, Padmini Kolhapure, Anil Agarwal, Sonu Nigam, Kailash Kher, Alka Yagnik, Shabbir Kumar, Shraddha Kapoor, Sonakshi Sinha, Shruti Haasan, Tara Sutaria, Ankit Tiwari, Siddhanth Zubaor, these unconventional artists. from the industry have performed the Dhamaka Records debut song with poise along with Anil Agarwal, a philanthropist who was moved by the performance.

The song is supported by the Anil Agarwal Foundation of the Vedanta Group. They are committed to empowering communities, transforming lives, and facilitating nation-building through inclusive and sustainable growth, and have been ranked among the top five philanthropists in the country.

‘Hum indostaní’, The name says it all. The song promotes unity, a sense of patriotism, hope and faith, and is the first time such legendary personalities have collaborated. Dhamaka Records has surely upped the ante with this exceptional track as their debut song, which is packed with stars like never before.

Speaking about the fabulous release of the song, Padmini Kolhapure, co-founder of Dhamaka Records, says: “It gives me immense pleasure that my son Priyaank together with Paras Mehta are carrying on the musical legacy of Kolhapure through Dhamaka Records with their first track. dedicated to all The world’s front-line warriors in these most difficult and challenging times! All of Ms. Lata Mangeshkar’s legends, right down to superstars like Amitabh Bachchan and today’s next generation superstars, have come forward to support the first track! We are so excited about it!. “

Also, Priyaank Sharma quotes: “I have no words to express the deep gratitude I have and I cannot thank God enough for making this happen for my Dhamaka Records label. I am sure I will make my grandfather, Pandit! Pandharinath! Kolhapure proud to carry forward its musical legacy! I am truly blessed to have the support and love of great superstars and legends such as Lata Mangeshkar, Amitabh Bachchan Sir and other stalwarts of the musical fraternity, including today’s young stars for my first track, which is dedicated to our frontline warriors! I hope this track inspires, encourages hope and instills unity among everyone around the world. I thank everyone associated with this track for making it what it is. “

“It is a momentous occasion and a great opportunity for me,” says Paras Mehta. “This project holds a special place in my heart and it was an absolute honor to have such legendary personalities as Lataji, Amitabhji and Padminiji in our first video under Dhamaka Records! The goal of releasing the song on Independence Day weekend is promote the much needed message of hope, strength and solidarity to fight these difficult times together, uniting as one “.

“The resilience of our people is truly amazing. While the pandemic affected us all, I have no doubt that we will come out of it much stronger. The anthem …”Hum indostaní ‘ – resonates with my fundamental belief that we are destined to win. I was inspired to sing the song, which carries the message of hope and togetherness, along with some of our greatest legends. It came straight from the heart of a proud India, “said Anil Agarwal, President of Vedanta Resources.