It was quite an interesting day when it comes to news from the entertainment industry in the south. From Tejasswi Prakash doing a Devsena to the creators of RRR, star of Jr NTR-Ram Charan, sharing an exciting update, here’s a look at the top news creators of the day. Also Read – RRR: Makers of Jr NTR-Ram Charan starrer Shares Exciting Update On The Movie And Will Have All Movie Lovers Jumping For Joy

A few days ago, the creators of Ram Charan’s Jr NTR and RRR gave us a gift on the occasion of Friendship Day by releasing the song Dosti, which turned out to be a hit on social media. While the film’s producers have been sharing some interesting updates on the masterpiece, they recently revealed the latest development that the team has arrived in Ukraine for the final timeline of the pan-India project. The creators will reportedly record a special song on the Also read: From RRR connect to Jr NTR’s comeback on TV: Here are 5 things to know about Evaru Meelo Koteeswarulu

Tejasswi Prakash does a Devsena 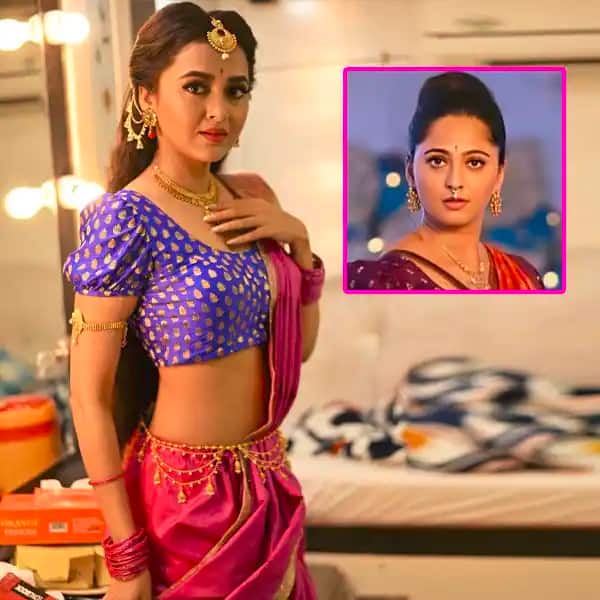 Khatron Ke Khiladi 10 contestant Tejasswi Prakash took on the role of Devsena from Baahubali. Zee Comedy Factory kicked off last weekend and Tejasswi’s appearance from the show went viral. on social media as you read this. We couldn’t get over her resemblance to OG Devsena, aka Anushka Shetty.

What what! Will THIS Bollywood star play the main antagonist in Allu Arjun’s Pushpa 2?

After the monstrous success of Ala Vaikunthapurramuloo, fans of the elegant star Allu Arjun eagerly await Pushpa. The pan-Indian film, which is currently in the production stage, was made with the huge budget of 250 million rupees and will be released in two parts. While we all know that Fahadh Faasil will play the main antagonist in the first part, recent reports suggest that the creators have teamed up with Sonu Sood to play the main villain in Pushpa 2. While official news about this development has yet to be released. published. announced, if this news turns out to be true, it will indeed be a viewing pleasure for fans to see Allu Arjun and Sonu Sood in one frame.

Allu Arjun’s ‘Pushpa: The Rise’ To Get A Holiday Release
Allu Arjun’s highly anticipated film ‘Pushpa: The Rise’ has been locked for a Christmas premiere this year. Confirming the news, producers Naveen Yerneni and Y. Ravi Shankar of Mythri Movie Makers said in a joint statement: “‘Pushpa’ is an action-packed story that has moments that touch the heart and filming it has been a pleasure.”

Thala Ajith’s latest track from Valimai, Naanga Vera Maari has a Nayanthara connection
Yesterday, Thala Ajith’s first Valimai track titled Naanga Vera Maari was released and in no time proved to be a hit on the charts. The high-energy track, which celebrates Thala’s 30 years in the entertainment industry, is sung by Yuvan Shankar Raja and Anurag Kulkarni. While the song is breaking records on social media, you’d be surprised to know that the lyrics to this song are written by Nayanthara’s boyfriend and filmmaker Vignesh Shivan.