After Hansal Mehta, Shilpa Shetty finds the support of Richa Chadha who tweets ‘We have made a national sport of blaming women’ 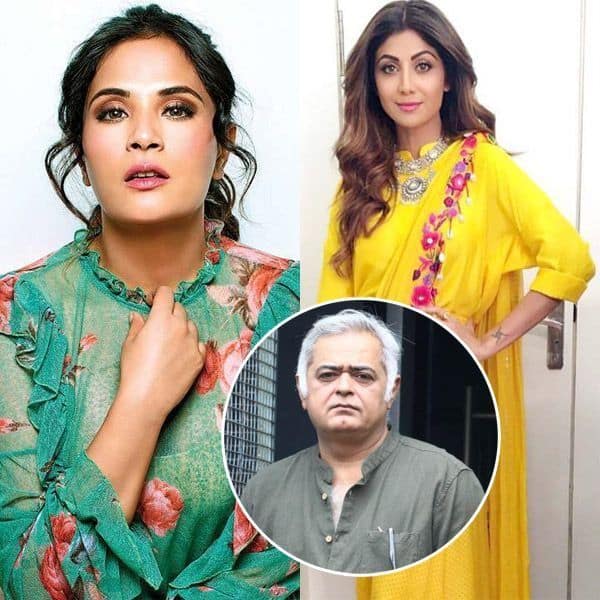 Shilpa Shetty has been the target of many trolls after her husband Raj Kundra was arrested for illegal production and distribution of pornographic films. The actress’ has defended her husband by saying that the films were erotic and not pornography, as alleged by the Mumbai Crime Division. The amount of disparaging articles against the actress has been increasing. Now she has decided to file a lawsuit against the articles that unnecessarily drag her into the controversy. Yesterday Hansal Mehta spoke in support of Shilpa Shetty. He said he let the law take its own course and defended his dignity. The filmmaker also said that he was glad that she was suing people. Also read – Captain India: After playing a journalist in Dhamaka, Kartik Aaryan is set to play a pilot in Hansal Mehta’s upcoming film; first look OUT

If you can’t defend her, at least leave Shilpa Shetty alone and let the law decide. Allow him some dignity and privacy. It is regrettable that ultimately people in public life are forced to fend for themselves and are found guilty even before justice is served.

This silence is a pattern. In good times, everyone has fun together. In bad times there is a deafening silence. There is isolation. No matter what the ultimate truth is, the damage has already been done.

This smear is a pattern. If the accusations are against a movie person, there is a rush to invade privacy, make sweeping judgments, murder characters, fill the ‘news’ with trash gossip, all at the cost of the people and their dignity. This is the cost of silence.

Now, Richa Chadha has come out in support of Shilpa Shetty. She tweeted: “We have made it a national sport by blaming women for the mistakes of the men in their lives. Glad she is suing.” As we know, Raj Kundra is now in judicial custody for the alleged crime of pornography. They have also arrested a couple of his associates. Also read: As Kareena Kapoor Khan’s cousin Zahan prepares to debut Hansal Mehta’s film, here’s a look at photos of his family.

We have made it a national sport to blame women for the mistakes of the men in their lives.
I’m glad you’re suing. https://t.co/XSK2sQY0uo

Fans also supported Richa Chadha. One person wrote that Shilpa Shetty is a strong woman and that she would emerge victorious from this fiasco. He pointed out how he dealt with racism in Big Brother. Also read: Anubhav Sinha and Hansal Mehta announce the star cast of their action thriller: two BIG STAR KIDS to be released