Fans rally behind Pawandeep Rajan, Arunita Kanjilal and Shanmukhapriya to be the top 3 finalists – read tweets 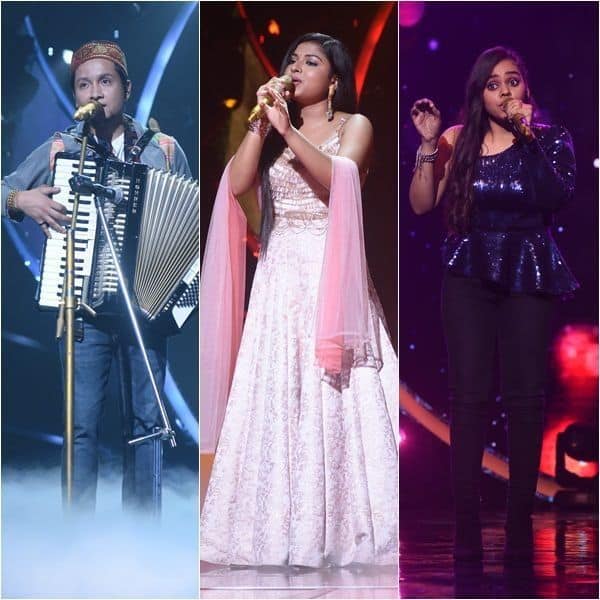 Without a doubt, it was a magical musical tribute where the top 6 contestants from Indian Idol 12 gave every ounce of their skills to prepare for the weekend night. Raj Kapoor’s special episode was graced by veteran actor Randhir Kapoor, who couldn’t stop praising the contestants. And even though we’re only two weeks away from the grand finale, fans are currently joining Pawandeep Rajan, Arunita Kanjilal, and Shanmukhapriya to be the top 3 finalists. Also read – Indian Idol 12: Arunita Kanjilal blushes when Pawandeep Rajan calls her his ‘special best friend’

However, it was Pawandeep, Arunita, and Shanmukhapriya who managed to steal the hearts of the audience with their performances. Fans began to express their desire to see them in the top 3 in the Indian Idol 12 grand finale. Also Read – Weekly TV News Rewind: Indian Idol 12 Grand Final Updates, Bigg Boss 15 Contestants List, Karan Kundrra Is Mistaken For Raj Kundra And More

Exceptional song of #IdolShanmukhaPriya. But as always @SonyTV # IndianIdol12 gave #ShanmukhaPriya very little screen time, he gave the song bakwas to make sure he didn’t steal the show. What a worse show and what injustice for a great talent like Shanmukha priya.

The only program that makes me sit in front of the television.

? Tomorrow we may not be in the game, there will always be stars in the sky …@RajanPawandeep ??@ indian_idol12 @SonyLIV pic.twitter.com/u4hbBm6j67

TOP 3 of # IndianIdol12 They will be Arunita, Pawandeep and Shanmukh Priya.

Wow … “Ye raat bheegi bheegi …” Awesome singing from #PawandeepRajan in Makhmali’s voice. ??? Everyone has been singing, but the art of keeping the soul and spirit of the song is simply #IdolPawandeep is in control. #IndianIdol # Indianidol12 # IndianIdol2021

Meanwhile, a final elimination will take place before the final week, where the show will see its top 5 finalists competing for the top spot. It remains to be seen who will say goodbye to the show after coming this far in the competition.