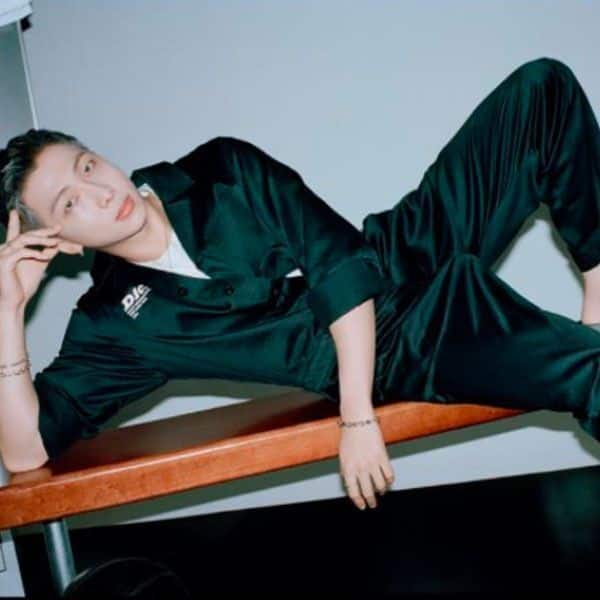 BTS’s Dynamite was perhaps the most successful song of 2020. Everyone felt that the South Korean septet would get their first Grammy for Dynamite. In fact, there was quite a stir around BTS and Grammys, where the awards created and promoted a great deal of content involving K-Pop sensations. But Dynamite didn’t win a single award. Needless to say, the band was disappointed. Upset and angry, BTS ARMY referred to the Grammys as Scammys on social media. Last year, other artists like Zayn Malik also criticized the recording academy for being blatantly biased. Like every musician, the members of BTS also want a Grammy award in their career. SUGA has said that he hopes Butter will bring them their first win at the Grammys. Also read – Say what! BTS’s RM credits Drake for making him feel like he could sing; also reveals why he can’t make music like him

In his latest interview with Weverse magazine, RM has philosophized about losing at the Grammys. He said he likes achievements like all Koreans, but that’s just one more trophy. He said a Grammy win doesn’t change one’s life in any significant way. RM talked about the Grammy nomination and the loss. He told Weverse: “I was so glad we added one more thing to our list of accomplishments. I think our team really needed the work itself. It made me realize that we still have things to accomplish. And I want to thank ARMY. on top of everyone else for making all of this possible. I’m Korean, so I’m no stranger to finding joy in achievement. (laughs) It was really satisfying and enjoyable. It would have been better if we got a Grammy, but so what if we didn’t Should we? In the end, getting it means you have one more trophy at home, and after that your daily routine repeats itself. ” Also Read – BTS Member Jungkook Reveals Why He Got An Eyebrow Piercing And The Reason Has Puzzled ARMY

The rapper / songwriter / music producer looked handsome in black for the interview. We love the new haircut. RM has gotten a little better and is sexier than ever. He also talked about why he admired his colleague Suga / Min Yoongi so much. He told the publication, “This is why I can’t write lyrics as fast as I used to. I don’t know what I’m doing, so I have no choice but to write first. And this is why I think Yoongi is such a person. amazing. I mean, how does he do so many songs and so well? Maybe it’s because he takes a producer’s point of view, but I can’t do that. Not only am I jealous, but I also think that The starting point when I’m making music has to be the lyrics. I just … hope I’m on my way somewhere. But that’s how I always feel (laughs), so when I listen to my stuff from two years ago, now it sounds old. ” As we know, Suga is a prolific writer. You can compose songs in three to eight hours if you’re in the mood. Some of his best works are Seesaw, Daechwite, Cypher, Wine, etc. Also read – BTS: From Jin and V showering together to V getting cozy in a shirtless Jungkook – check out some of the K-Pop band’s lesser-known but heartwarming secrets

RM / Kim Namjoon talked about how his lyrics were more introspective than ever. He said that he was done with social comment mode and wanted to express his personal thoughts in front of fans!