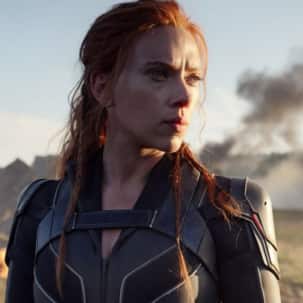 A lot has happened in the OTT world today. The biggest news is how Scarlett Johansson filed a lawsuit against Disney. Here’s a truth … Read Also – Balcony Buddies Trailer: Amol Parashar puts us in the mood for Friendship Day with a sweet and simple OTT movie with the theme of confinement in yaari, dosti

Scarlett Johansson sues Disney
Scarlett Johansson has filed a lawsuit in the Disney studio. She has alleged that the studio simultaneously launched Black Widow on Disney + without informing her. She has alleged that she has suffered financial loss for the same. Scarlett Johansson has said that this is a breach of trust with the artist and wants compensation. Disney + has said that it has fulfilled all the clauses of the contract. They have said that she does not take into account how the business is suffering due to the pandemic. Also read: Hungama 2, Narappa, 14 Phere, Feels like Ishq and more movies and web series to be released on OTT this week

Vivek Dahiya joins Pavitra Rishta 2.0
The rumor is that Vivek Dahiya is the latest addition to the Pavitra 2.0 cast. The digital version has Archana Lokhande and Shaheer Sheikh in lead roles. Usha Nadkarni returns as Savita Tai. This will be Vivek Dahiya’s third outing with ALT Balaji after Yeh Hai Mohabbatein and Kawach.

Balcony Friends Trailer
The Balcony Buddies trailer is out now. It stars Amol Parashar as the main protagonist. He was last seen on Feels Like Ishq on Netflix.

Bigg Boss 15 images from the set
Bigg Boss 15 is the show everyone is excited about. Karan Johar will host the OTT version of the show before the TV version begins. Some photos from the set have already been leaked. It seems that the space that was the red zone last year is the home of the OTT contestants.

Read the full story: Bigg Boss 15 OTT: This is what the house of the reality show presented by Karan Johar will be like? – check out the photos with LEAKS

Manoj Bajpayee’s witty response to Sunil Pal
Manoj Bajpayee spoke in a newspaper about how it felt to be called a hua insaan tour by Sunil Pal. He said people should meditate more given how tough the pandemic has been for everyone.