V aka Kim Taehyung wants to be ARMY’s partner and best friend and the latter responds by saying, ‘WE PURPLE YOU TAEHYUNG’ 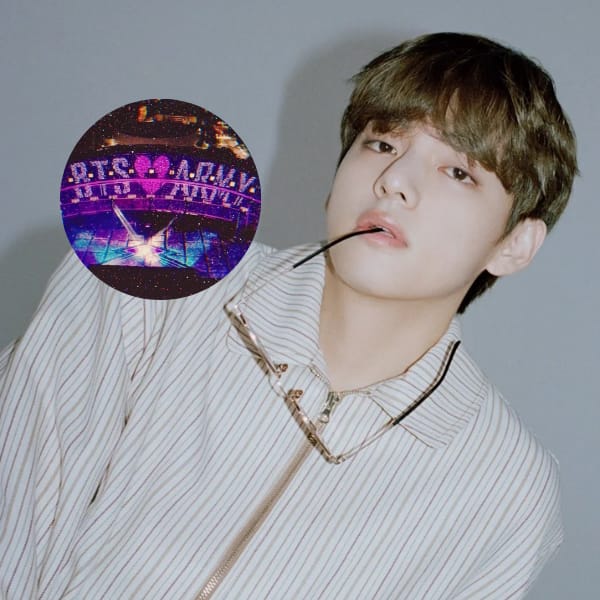 Weverse magazine has been publishing interviews with BTS members this week. Today, they released the interview of BTS’s V, also known as Kim Taheyung. And fans are going crazy for the same thing. Well, the interview won’t be complete without the members being asked about ARMY, right? And that’s what happened. When the Sweet Night singer was asked about an impromptu event he held for ARMY, he kept talking nonstop. Such is V’s love for BTS ARMY. In the interview, he also said that he wants to be the best friend of ARMY with whom he can share his true feelings and vice versa. Also Read: BTS’s Jin Reveals His Idea Of Spending His Free Time And ARMYs Everywhere Will Find It Identifiable AF

Speaking about the event he held on Weverse, BTS’s Kim Taehyung said that he loves connecting with ARMY offline. He loves to know what they are doing in their lives. V said: “I’m sure there are a lot of ARMYs who are tired of not being able to see each other in person. But since the only thing we can do for them is be on stage and stuff, I was worried that I’m not doing enough for them. And I love being able to talk to ARMY so much that now it’s like a habit to read their posts. I have something today. I have a test today. I’m moving today. Somehow I feel better when I listen to their stories. When I end up reading things like about how ARMY is living or what kind of life ARMY has, I can’t help but write an answer, and because of that ARMY responds, so I try to make you friendlier in a funnier way too. ” Also read: from spiders, cockroaches to horror movies and more – this is what BTS members Suga, V, Jungkook and others fear the most

the next thing he said, he won the hearts of ARMY. He said, “I want us to be more than Billboard’s number one Bangtanies; I want to be ARMY’s partner, his best friend, the friend who’s always by his side when we’re not on stage. It feels like business when I talk about communicating. with ARMY. (laughs) I just want to talk to a close friend. I want to talk to a close friend, that’s exactly how I feel. It’s been a long time since I’ve been able to see my friend, ARMY. Usually when my friends don’t they can see each other, they keep in touch all the time. I can talk about all kinds of things like that with ARMY thanks to the Weverse platform, and since I can hear everything about their lives, I think I was able to continue. Let’s exchange and celebrate those kinds of events. ” Also Read – Trending Entertainment News Today – BTS’s Jin Ready To Become An Uncle Soon, Rakeysh Omprakash Mehra Burned A Script After Failing To Release Abhishek Bachchan?

When asked how he kept talking about ARMY, V said that they are his friends that he would hate to lose. “They are just, well, friends that I would hate to lose. Friends who really give me strength when they’re around. Sometimes you find friends like that in life. It’s like that with the other members, and I have other friends, with whom I can share my feelings. And I have ARMY. So I can’t help but do everything I can to make those people smile and make them feel happy, “said the Blue & Gray singer. And ARMY has responded to the same with the trend “WE PURPLE YOU TAEHYUNG” on Twitter. See some of the reactions below:

I love you best friend??

DOES TAEHYUNG PURPLE YOU? https://t.co/330RzHTaLV

Taehyungie said, “I want us to be more than Billboard’s number one Bangtanies: I want to be ARMY’s partner, his best friend, the friend who is always by his side when we are not on stage.”

Yes, BTS are all these for ARMY ??

I am the person who is not biased by the other members, I mean, I know they all look good and talented, but look at this man, look at kim taehyung, how can I destroy bias if this man is my bias? Is it so precious to me and will it always be my prejudice?
We die taehyung pic.twitter.com/3OgXKxzeCY

Taehyung is the sweetest person, he always makes sure that we all feel loved, thanks taehyung!
PURPLE TEE TAEHYUNG pic.twitter.com/1Pu9YbSoaw

we love you kim taehyung.

KIM TAEHYUNG wrote Snow Flower in 3 Hours! Imagine how cool that is. My talented king!

Can I say how excited I am now more than ever for KTH1 KIM TAEHYUNG with his baritone voice and his love for musicals, classical performances + his love for Jazz and his authenticity reflected in his music, this is something that the world has to see?
PURPLE TEE TAEHYUNG @BTS_twt pic.twitter.com/biGFpmAXkr

He wanted to convey his emotions and feelings through the song.
“Blue and Gray”, to the army? It is such a pure soul ✨
“We Purple You Taehyung”, a completely different universe existed behind those eyes? !!!!! Army by your side ??? pic.twitter.com/2dCMoPb8rA

Taehyung is a very talented boy who can achieve anything he wants, we will always be returning all the love and affection that imprisoning from a distance gives us.??✨
PURPLE TEE TAEHYUNG pic.twitter.com/yP1218CpFf

You are the source of my happiness – ♡
Do we rock you Taehyung? pic.twitter.com/xmhQ9kttVu

We don’t know who is luckier than ARMY to have BTS or BTS to have ARMY!