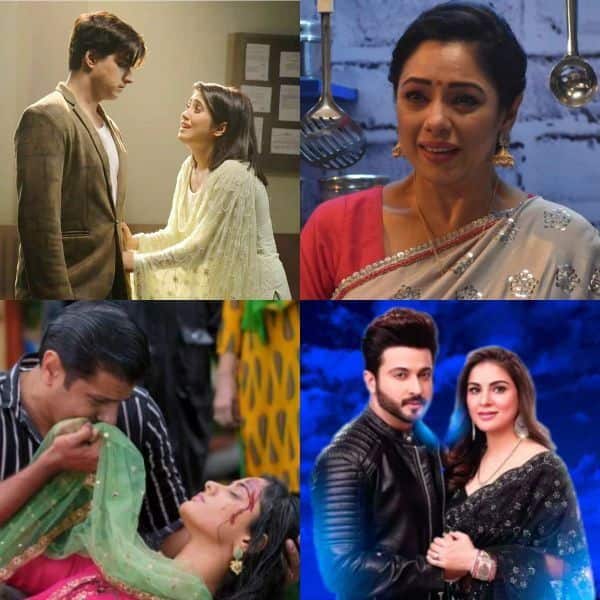 Varnraj was excited and nervous about the arrival of the food critic at his cafe. As they struggled to prepare the dishes well, Samar convinced Anupamaa to help them and she agreed. With Anupamaa taking care of the dishes, Kavya decides to entertain the food critic. It goes on and on about how the menu, the decor, and everything ended up. Meanwhile, two local ladies also came and insisted that Vanraj sing a song for them. Vanraj and Samar then perform in “Neele neele ambar par” and entertain the audience. After the performance, the food critic leaves and tells Vanraj and Kavya that they will find out about the review the next day. In the next episode, we will see that Vanraj gets upset and angry seeing the review. When Kavya sees that they have a two-star rating, she blames Anupamaa for it. Vanraj interrupts her saying that she loves food, but has mentioned that the owner was quite annoying. Also read – Imlie: Gashmeer Mahajani AKA Aditya REVEALS that he is Sumbul Touqeer Khan’s official ‘Aaya’ on the sets

Yeh Rishta Kya Kehlata Hai has to do with the arrest of Sirat and Kartik trying to save her. Kartik tries to get rid of the media to meet Sirat, but they unfortunately follow him to the police station. He hides from them again, but he was able to see Sirat and asked him to stay strong. Later we see that Sirat calls Kartik and tells him that she is worried about Mauri. Mauri has been unwell since Sirat’s arrest and asked Kartik to take care of Sirat and also his family’s reputation. In the next episode we will see that while Kartik decides to meet with a reporter to talk about him and Sirat, she asks him if he fell in love with Sirat. Also read – Imlie: Yeh Rishta Kya Kehlata Hai, Actress Ashita Dhawan Joins the Cast of Sumbul’s Main Character Touqeer-Gashmeer Mahajani

Ghum Hai Kisikey Pyaar Meiin will see some drama tonight between Virat and Pakhi. Sayi is admitted to the hospital after a fatal accident. Pulkit tells everyone that Sayi will stay with him and Devyani after discharge. Virat breaks down to think about his mistakes when Ninad comforts him. Ninad will also tell him how Pakhi made Ajinkya go to Sayi’s room on purpose. Hearing this, Virat confronts Pakhi and congratulates her on successfully using her evil deeds against Sayi. Then he will kick her out of the hospital.

Imlie’s story has been quite interesting so far, but tonight we will see some great drama. Anu gets Aditya kidnapped by the thugs and Imlie confronts her for kidnapping Aditya. However, Malini gets in the way and saves Anu. Later he asks Anu about Aditya. She checks Anu’s phone and discovers that Anu has tortured Aditya. He decides to regain the position of Aditya’s wife and save him. He wears his magalsutra and sindoor and sets out to save Aditya.

The Luthras are all happy and are preparing for Sonakshi’s wedding. They decide to leave for Lonavala to attend the wedding. But dadi realizes that Sherly is not happy after Preeta announced her pregnancy. She makes her understand and gives her advice. She informs Sherlyn that she will also find happiness soon in life. She asks him not to worry, as she would soon become a mother too.