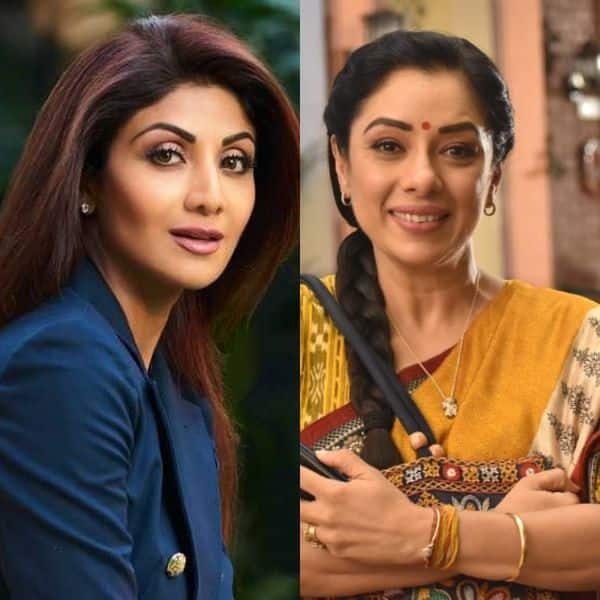 The day is ending and we are back with all the big stories from the television industry. From Riteish Deshmukh-Genelia D’souza replacing Shilpa Shetty in Super Dancer Chapter 4 for a week to a new entry on Rupali Ganguly and Sudhanshu Pandey star Anupamaa, here are the hottest TV news of the day. Read Also – Khatron Ke Khiladi 11: Arjun Bijlani, Rahul Vaidya, Abhinav Shukla, Vishal Aditya Singh and Others Flaunt Their Hilarious Dance Steps in Popular Bihari Songs

Shilpa Shetty’s husband, Raj Kundra, has been in the headlines for the past few days due to his alleged involvement in a pornography-related case. He has reportedly been arrested on charges of creating and distributing adult content. While the investigation is ongoing in this case, Shilpa Shetty has also been investigated. Amid this controversy, the actress has been unable to film for Super Dancer Chapter 4. In her absence, other Bollywood stars have been appearing as special guests. Lastly, it was reported that Karisma Kapoor came on board for an episode of Super Dancer 4 as a special guest. Now, it has been reported that Bollywood couple Riteish Deshmukh and Genelia D’souza will be seen as special guests on the upcoming episode of Super Dancer 4. For Etimes, a source revealed “They (Riteish and Genelia) love the show and they instantly agreed. It would be fun to have them, anyway, a new version of the procedures is always welcome. ” Adding further, “Riteish and Genelia are always together. They still have the same chemistry as before and basically they are a very happy couple with an excellent sense of humor. As things are today, it is going to be a spectacular episode.” Also read – Khatron Ke Khiladi 11: Nikki Tamboli is back as a wild card contestant? – this video suggests it

Rupali Ganguly, Sudhanshu Pandey and Madalsa Sharma star Anupamaa is the favorite of many. People love to see the beautiful story of a simple housewife and how she struggles to prove herself at all times. According to the latest story, Vanraj and Kavya are married and stay in the same house as Anupamaa. However, they have both lost their jobs and Anupamaa has opened her new dance academy and gave Vanraj an idea to open a cafe near her academy. However, Kavya doesn’t like it and Rakhi is ready to separate Kinjal-Toshu from the Shah family. Well, it looks like we will see more drama in the upcoming episodes of the show. Yes, according to reports from TellyChakkar, actress Sunita Rai will enter the star of Rupali Ganguly, Sudhanshu Pandey and Madalsa Sharma. She is known for her stint on projects like Bye Bye. We will see new twists on the show soon. Also Read – Khatron Ke Khiladi Jul 11, 24, 2021 Highlights: Aastha Gill, Arjun Bijlani, Shweta Tiwari and Sourabh Raaj Jain Win Rohit Shetty Locket

Bigg Boss 14 runner-up Rahul Vaidya married Disha Parmar on July 16. He had a great wedding ceremony in Mumbai and also hosted a post-wedding sangeet party. At the sangeet party, we saw his 14 friends from Bigg Boss except for Abhinav-Rubina, Nikki Tamboli and Jaan Kumar Sanu. For the unspoken, Rahul Vaidya and Jaan Kumar Sanu didn’t come together well in Bigg Boss 14 and they also had some nasty fights. Now, in an interview with Zoom Digital, Jaan Kumar Sanu spoke about not being invited to Rahul Vaidya and Disha Parmar’s wedding. Jaan was asked if he was upset about not being invited. He said that he is not at all upset and sent good wishes to Rahul and Disha. He also said that he is glad they got married amid the pandemic and that their wedding was absolutely beautiful. Jaan Sanu said that he is not upset that he was not invited as Rahul had his own guest list and he respects it. He also shared that even if he had been invited, he would not have gone as things were not right between him and Rahul while they were at Bigg Boss 14’s house. Jaan wished Rahul a happy married life.

Shweta Tiwari to play a tough CBI officer in her upcoming

Shweta Tiwari is rocking out on Khatron Ke Khiladi 11. The actress who looks fabulous after her body transformation has landed another show after Khatron Ke Khiladi 11. She will be seen as a tough CBI officer in a new crime series. It seems that the show is based on real life incidents. The actress said that she is excited to be a part of something like this. She said: “I am excited to be a part of the upcoming Shukla V / S Tripathi series. It is a thriller with a lot of suspense and we have just started filming it. A young poet is shot on live television and now it is up to the agents of research to unearth the truth against all obstacles. ” It seems that the series is something in the line of Mardaani. The name of his new character is Riddhima Lakha. She said: “I play a no-nonsense CBI officer, Ridhima Lakha, who cannot be swayed or bribed. As I begin this journey, I only wish for the love and support of my fans.”

Khatron Ke Khiladi 11 started recently and the audience is already loving this season. The 11 contestants for Khatron Ke Khiladi have bonded very well with each other and their camaraderie is fun to watch. Now they have become a strong group. Last night Vishal Aditya Singh, Rahul Vaidya, Abhinav Shukla, Arjun Bijlani, Varun Sood and Sana Makbul had a party. Vishal posted a video of them dancing to all the famous Bihari songs and the video is sure to make you laugh out loud.